Home » Aqidah about Allah » English Articles » Allaah is not in time

Allaah is not in time 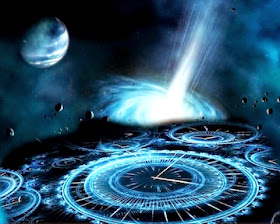 Allaah is NOT in Time
Not being able to imagine something does not mean it cannot be true
It is not enough to say, “I can’t imagine it, so it cannot be true,” or even “I can’t understand it, so it can’t be true.”
Even in sciences studying creation, especially physics, the facts and concepts they speak of are so counter intuitive and unfamiliar to our minds and knowledge that they cannot be imagined.
That is why they rely on complex mathematics to express their theories instead.

So if concepts in physics cannot be conceptualized in the mind, what would be the case for the Creator and His attributes?
For example, they say that if lightning hit the back of a moving train and at the same time its front, then to an outsider they happen simultaneously, but to someone inside the front is hit before the back, because he is moving towards the event.
Accordingly, there could be points in time that are separate according to one frame of reference and simultaneous to another. None of these frames are special, and it is as equally true to say that it occurred simultaneously as it is to say that one occurred first.
The belief that Aļļaah does not resemble His creation and how it is applied here for average Muslims
Every aspect of a created thing or being has a beginning, since no aspect of it is eternal. Likewise, everything that has abeginning must be a creation, as it must have been brought into existence.
This means that Aļļaah is not something you can imagine, notHim and not His attributes, because your imagination is based on what you are familiar with, namely things that have abeginning, things that last moments of time despite their possible non-existence.
Based on this, the scholars taught people the rule that “whatever you can imagine in your mind, Aļļaah does not resemble it.” Similarly, the cousin of the Prophet صلى الله عليه وسلم, and famous companion, Ibn ˆAbbaas said, “Ponder about everything, but do not ponder about the Self of Aļļaah.” (Fatĥu-l-Baariy 13/383 )
He said this because such dwelling leads one to draw analogies between the Creator and the created, which is blasphemy. It contradicts the belief in Aļļaah’s Oneness, as it involves theheretical belief that Aļļaah has an equal in some aspect. It alsocontradicts the Quranic “Absolutely nothing resembles Him.”
Accordingly, Aţ-Ţaĥaawiyy stated in his creed: “Whoever attributed to Aļļaah an attribute that has a meaning among the meanings that apply to humans has committed blasphemy.” 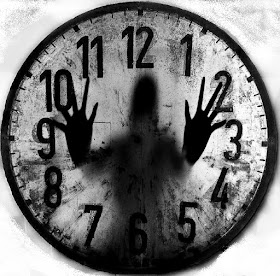 Note the categorical sense of “a meaning,” which tells us that this is true for any meaning that applies to humans, not just some.
For example, having a direction, a body, changing or the like.
Note also that he states “meaning”, and not “word,” because the important thing is the meaning of the word, not the word itself.
Consequently, if someone said:
“Aļļaah is not a body,” yet believed that Aļļaah is something in a place, then he is not a Muslim.
This is because he believes Aļļaah to be attributed with the bodily meaning of occupying place.
Had the Wahhabis/Salafis held onto this advice from the scholars, they would have rejected the argument they presented above at face value, and remained firmly within the fold of Islam.
This is what average Muslims have done, because they know that they cannot imagine Aļļaah or His attributes. There would be no need for complex answers.
Instead, the Wahhabis, out of their inclination towards deviance and hatred for the People of the Truth, the Sunnis, they decided to present an argument based on the idea that:
“what is true of creation must be true of the Creator.”
As for us, the People of the Truth, the Sunnis, we do not likenAļļaah to His creation, and we do not draw analogies between the Creator and His creation.
We firmly believe that Aļļaah is not in the frameworks of time and place, unlike Wahhabis/Salafis.
Consequently, Aļļaah’s Knowledge is not our kind of knowledge, created knowledge, so it is not restricted by time.
No creation can fully know the reality of Aļļaah, or His attributes. It is One Knowledge by which He knows everything, unlike our knowledge.
As for time, it is something we are stuck passing through, a function of our reality of being under constant change and renewal relative to all other things in space.
Aļļaah is neither in a state of change nor renewal, nor is He in a place, so it is nonsensical to draw analogies between ourselves or our knowledge and Aļļaah and His Knowledge.
A look at “Tensed Facts”
Wahhabi/Salafi says:
"If tensed facts exist, then it necessarily follows that truth or falsehood is changing over time. For example, the tensed statement “It is now 1:27 pm” is only true at 1:27 pm and false at all other times.
So if Allah knows this tensed fact, His knowledge must be changing constantly as He knows when certain statements become true and false. However, if Allah is absolutely changeless, that would mean that Allah cannot know tensed facts, hence compromising His attribute of omniscience."
What confused the wahabi is that at 1:27 pm he is in one situation of time and place, and at 1:28 pm at another, as estimated by the position of the Sun with respect to the Earth, as is the custom of humans (see footnote[1].)
He thought that since he is changing situations with respect to the rest of creation, that Aļļaah also was in a situation at 1:27 pmand then another at 1:28 pm. This is not the case, because Aļļaahis not in a “situation,” as He is not in a place, and is not in time, so the question, “when was He?” does not apply to Him.
Missing this point, he thought that knowledge of “tensed facts” has to be in time. This cannot be true, because it is impossible that Aļļaah should be in time, as we shall prove below under the next heading.
The past tense, for example, is an expression referring to the relative situation of created things to each other. So when someone says “12:00 noon already passed,” he means that he already passed through that state relative to space and the change and renewal of other creations. Aļļaah, on the other hand, does not pass through relative situations, since He is not in a place and does not change and does not renew.
As for the present tense, it is true for me, at 1:27, that it is 1:27, but this is only a name for my relative position to other things that change with me at different places. Aļļaah is not in a place and does not change, or renew, so His knowledge is not relative to time. Aļļaah knows everything about all times, without Himself being in time. His knowledge of time is without a beginning, end, change or renewal.
Aļļaah knows all these relations, because He created them. He knows them with one indivisible knowledge, that is neither a whole nor a part, because it is not composed lest it need a composer, and that is beginningless and without end, because it is not brought into existence, lest it need a creator.
In fact, Aļļaah created our knowledge and perception of “tensed facts,” so He knows the “now is 1:27″, for a created being which is a matter of time, space and relative change or renewal for that being. He knows it without His knowledge having a future, past or present, because He created it. He knows it perfectly, because He created every aspect of it, unlike the creations that exist in the uncountable when situations/times that each and every creation pass through during the time they last. In fact, created beings only have the knowledge of the “now” they are in according to the limited perceptions He created in them.
We believe then, that Aļļaah knows “tensed facts” without needing to be in the creation of time. We believe His knowledge is eternal and some information created, just as we believe thatAļļaah’s action of creating is eternal while the created has a beginning.
--
continue reading here:
It is impossible that Aļļaah should be in time
(Edited by ADHM)
February 22, 2019
ইসলামী বিশ্বকোষ
Aqidah about Allah, English Articles