The Wahhabi Tree : Part 4 : The Branches

The Wahhabi Tree
The Branches
(Reaching Out) 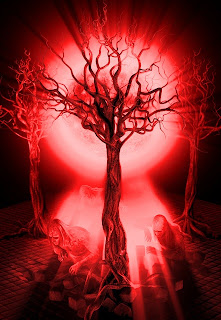 Muhammad ibn Ahmad ibn `Uthman ibn Qaymaz ibn `Abd Allah, Shams al-Din Abu `Abd Allah al-Turkmani al-Diyarbakri al-Fariqi al-Dimashqi al-Dhahabi al-Shafi`i
(b. 673 AH – d. 748 AH)
( 1274CE – 1348 CE)
Ibn al-Subki also criticized al-Dhahabi's anti-Ash`arismand Hanbali leanings in doctrine, calling him one of the greatest propagators of anthropomorphism.
Elsewhere he states:
"Our shaykh al-Dhahabi - may Allah have mercy on him - with all his learning and piety, displays an excessive bias against Ahl al-Sunna; it is not permitted to follow him in this opinion.... Nor is it permissible to rely on our shaykh al-Dhahabi whenever he commends a Hanbali or blames an Ash`ari."
[Ibn al-Subki, Tabaqat al-Shafi`iyya al-Kubra 9:100-106 #1306; Sa`d, Safahat fi Tarjima al-Hafiz al-Dhahabi.]
"Imam Al-Suyuti also marked his distaste for al-Dhahabi's aspersions against early and late Sufi authorities as noted further below. Among the worst examples of al-Dhahabi'sbias against Sufis are his aspersions against Abu Yazid al-Bistami and al-Hakim al-Tirmidhi in Siyar A`lam al-Nubala'.
[Al-Dhahabi, SAN (11:14-15 #2434)]
Imam al-Suyuti responded to al-Dhahabi’s insinuationsin the following words:
"Do not let al-Dhahabi's mumblings deceive you, for he went so far as to mumble against Imam Fakhr al-Din ibn al-Khatib [al-Razi] and against one who is greater than the Imam, namely, Abu Talib al-Makki the author of Qut al-Qulub, and against one who is greater than Abu Talib, namely, Shaykh Abu al-Hasan al-Ash`ari, whose fame has filled the firmaments!
And al-Dhahabi's books are filled with that: al-Mizan, al-Tarikh, and Siyar al-Nubala'.
Are you going to accept his words against their likes?
Never, by Allah! His word is not accepted concerning them. Rather, we respect their right over us and render it to them in full.
[Al-Suyuti, Qam` al-Mu`arid bi Nusra Ibn al-Farid ("The Taming of the Objector With the Vindication of Ibn al-Farid") in his Maqamat (2:917-918)…]
Ibn Taymiyya's discourse on tasawwuf is riddled with contradictions and ambiguities
"His student al-Dhahabi, while claiming general belief in`Abd al- Qadir's miracles, nevertheless affirms disbeliefin many of them.
We have already seen this trait of al-Dhahabi in hisdoubting of the sound report of Imam Ahmad's admiration of al-Muhasibi.

These are his words:
“Siyar a`lam al-Nubala”
[#893] al-Shaykh `Abd al-Qadir (Al- Jilani): The shaykh, the imam, the scholar, the zahid, the knower, the exemplar, Shaykh Al-Islam, the distinguished one among the Awliya... the Hanbali, the Shaykh of Baghdad... I say: There is no one among the great shaykhs who has more spiritual states and miracles (karamat) than Shaykh `Abd al-Qadir, but a lot of it is untrue and some of those things are impossible.” 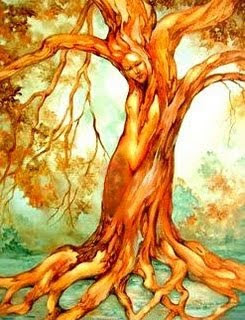 Disciple
"... If that is your wish, Master!"
Ibn Al-Qayyim
(691 A.H - d.751 A.H / 1292 – 1350CE)
Muhammad ibn Abi Bakr ibn Sa'd, Shams al-Din Abu 'Abd Allah al-Zur'i al-Dimashqi al-Hanbali, known as
Ibn Qayyim al-Jawziyya
When "Ibn Taymiyyah" died in 728.AH in a prison in ,his movement underwent a decline.
“HIDDEN”
For 400 Years!
(IBN JIBREEN, MAJOR WAHABI ADMITS THIS IN HIS BOOK)
Here
Though his renowned student "Ibn al - Qayyim" embarked on propagating the views of his master, no trace of such beliefs and ideas was left in later periods.
Ibn al- Qayyim followed the same path as his teacher in his infamous poem entitled:
al-Qasida al-Nuniyya 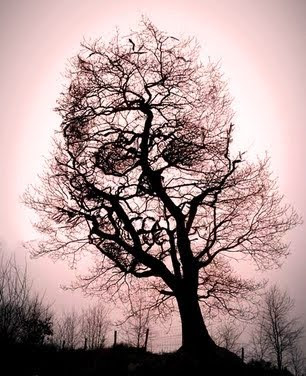 ("Ode Rhyming in the Letter N"). This lengthy poem on the tenets of faith is filled with corrupt suggestions about the divine Attributes, which Subki analyzes in detail in his al-Sayf al-Saqil fi al-Radd 'ala Ibn Zafil ("The Burnished Sword in Refuting Ibn Zafil" i.e. Ibn al-Qayyim).
Subki gives the verdict that the anthropomorphisms of the Divinity in the poem are beyond the pale of Islam.
The poem could not be openly circulated in Ibn al-Qayyim's lifetime but only secretly, and it seems that he never abandoned it, for the Hanbali historian Ibn Rajab heard it from its author in the year of his death as stated in his Dhayl Tabaqat al-Hanabila (2:448).
"[An] unfortunate peculiarity the poem shares with some of Ibn al-Qayyim's other works on Islamic faith is that it presents the reader with a false dilemma, namely that one must either believe that Allah has eyes, hands, a descending motion, and so forth, in a literal (haqîqi) sense, or else one has nullified ('attala) or negated these Attributes. And this is erroneous, for the literal is that which corresponds to an expression's primary lexical sense as ordinarily used in a language by the people who speak it, while the above words are clearly intended otherwise, in accordance with the [Qur'anic] verse:
(There is nothing whatsoever like unto Him( (42:11), for if the above were intended literally, there would be innumerable things like unto Him in such respect as having eyes, hands, motion, and so forth, in the literal meaning of these terms.
The would-be dilemma is also far from the practice of the early Muslims, who used only to accept such [Qur'anic] verses and hadiths as they have come, consigning the knowledge of what is meant by them - while affirming the absolute Transcendence of Allah ( above any resemblance to created things - to Allah ( alone, without trying to determinately specify how they are meant (bi lâ kayf), let alone suggesting people understand them literally (haqîqatan) as Ibn al-Qayyim tried to do.
His identifying two of his direct teachers as Abu al-Hajjaj (al-Mizzi), and Ibn Taymiyya
"Our shaykh Abu al-Hajjaj, the hadith master, used to say that."6 "I heard Shaykh al-Islam, Ibn Taymiyya stress this..."7 "Our shaykh said: 'The sun itself does not descend from the heaven, and the sunrays that are on earth are neither the sun nor its attribute, but an accident (') caused by the sun and the mass (jirm) opposite it.'"8 This is taken verbatim from Ibn Taymiyya's notorious "Explanation of the hadith of Allah's descent."9
"... he officially repented, his life was spared..."

---
Imam Subki wrote in his refutations against Ibn al-Qayyim:
In Sayf ul-Thaqil wrote that: `Hishwiyyah are the ignorant lowly people who claimed to be following the Imam Ahmad and Imam Ahmad was free from them.
The reason why they claimed to be following Imam Ahmad was his standing against the Mu'tazilites in his trial. Some statements were related from him which those ignorant people failed to understand by believing it wrongly....In the seventh century a man came who had some intelligence and insight in books (i.e. Ibn Taimiyyah) but he had no Shaykh to guide him and he was on the same Madhhab with Hishwiyyah.
He is troublesome man in depending their Madhhab and fabricated so many strange ideas which he boldly depended.
He said: there are accidents in the Essense of God,and that the creations of Allah are eternal in the past and future.
He broke the unity of Muslims and try to distort the beliefs of the Muslims. Not only that but he also said that it was a sin to visit the grave of the Prophet..!'
[Imam al-Subki’s al-Sayf al-Thaqil in refutation of Ibn al-Qayyim’s nuniyya]

Why did Ibn al- Qayyim adopt his deviant ideas in his :
al-Qasida al-Nuniyya
? 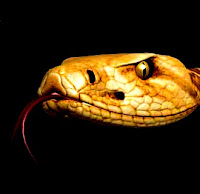 Which was written by Ibn al- Qayyim and includes many of the mentioned deviant opinions long... after Ibn Taymiyya'sdeath and well into the later years of Ibn al- Qayyim's life! 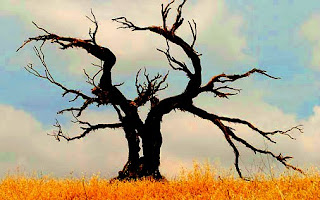 Ibn Ĥajar accuses Ibn Taymiyyah and Ibn Al-Qayyim of Tajsiim (anthropomorphism)
Aliyy Al-Qaariy said, in the book Sħarĥu-sħ-Sħamaa’il of Ibn Ĥajar, he states:
“Ibn Al-Qayyim said that his sħaykħ Ibn Taymiyyah mentioned something superb, which is that when he saw his Lord putting his hand between his shoulders, then that place was honored with a “ˆadħbah”.
Al-ˆIraaqiyy (the sħaykħ of Al-ˆAsqalaaniyy) said, “I did not find a basis for this statement,” i.e. any ĥadiitħ.”
Then Ibn Ĥajar said, “Rather, this statement is from their opinion and their deviance, because it is based on what they concluded and went to great lengths to prove, and attacked Ahlu-s-Sunnah for denying, namely the belief that Aļļaah has a direction and body.
They have ugly statements and bad beliefs in this regard that make ears go deaf and are judged as lies and calumnies. May Aļļaah make them both ugly, and anyone that accepts their saying.” (Mirqaatu-l-Mafaatiiĥ 8/216)
Reference: –ˆAliy Al-Qaariy. Mirqaatu-l-Mafaatiiĥ. 11 vols.: Dar Al-Kotob Al-ilmiyah, 2001. 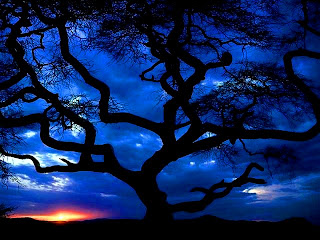 Taqi al-Din al-Subki condemned Ibn Qayyim al-Jawziyya
The only thing this man [Ibn al-Qayyim] wants for the commoners is to establish that there is no Muslim but him and his partisans.
He also wrote a treatise entitled "The Burnished sword in refuting Ibn al-Qayyim" regarding his position on the attributes of God.
Ibn Hajar al-Haytami considered Ibn Qayyim a heretic and stated that,
Do not read what is in the books of Ibn al-Qayyim and others like him who have taken their own whim as their God, and who have been led astray by Allah. There hearts and ears have been sealed, and their eyes have been covered. [Ibn Hajar al-Haytami, Fatawa al-Hadithiyya, 4.112]

---
Do not forget to read: Here
What Ibn al-Qayyim and his Master said... regarding these books:
"Al-Naqd ‘alā Bishr al-Murīsi and al-Radd al-Jahmiyah"
also: Here
---

... some of you may be wonder regarding:

Imaam Ibn Kathir-is not as much controversial as Ibn Qayyim and it is said that there is plenty of material of his that provide evidence for the Ijma that supports Ahl Sunnah doctrines. He has wrote a book on Mawlid-an-Nabi which was written at the behest of a muadhdhin inDamscus during his time and his approx. 31 pages long titled: 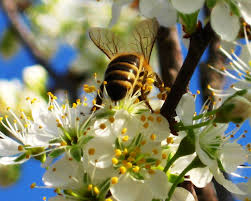 "Ibn Kathir is a scholar of Ahl al-Sunna who was of theShafi‘i school (according to the first volume of his main work, Tafsir al-Qur’an al-‘Azim, 1.2), while Ibn Taymiya (d. 728/1328) was a scholar whose fiqh remained in the general framework of the Hanbali school.
In scholarship, Ibn Kathir was a hadith master (hafiz, someone with at least 100,000 hadiths by memory), whileIbn Taymiya was not: his name does not appear in any of the works of tabaqat al-huffaz or "successive generations of hadith masters," that comprehensively document such scholars. Whatever length of time Ibn Kathir studied with Ibn Taymiya, he was in histwenties (20's) when the latter died, and his long and fruitful career extended over the next forty-six (46) years. 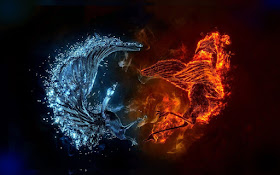 Ibn Kathir said to him:
“You do not like me because I am an Ash' ari”