Battle with the Hypocrites

Battle with the Hypocrites

After the battle with the hypocrites
---
Maula Ali al-Murtada (RA) said:
"Do you think this cursed sect and their following are totally cleansed?
Certainly not!
Some of them are still in the womb of their mothers and others are in the sperm of their fathers.
When one of these groups is exterminated,
another will rise with Fitnah and this will continue
till the last group emerges with the cursed Dajjal!"
---
“Whenever agroup of them appears,
they should be killed”
--
Sunan Ibn Majah Chapter No: 1, The Book of the Sunnah, Hadith: 174
Narrated: Ibn Umar that the Messenger of Allah (s) said: “There will emerge people who will recite the Quran but it will not go any deeper than their collarbones.
Whenever a group of them appears, they should be cut off (i.e., killed).”
Ibn Umar said: “I heard the Messenger of Allah (saw) say:'Whenever a group of them appears, they should be killed' - (he said it) more than twenty (20) times - 'until Dajjal emergesamong them.'” (Hasan)
-- 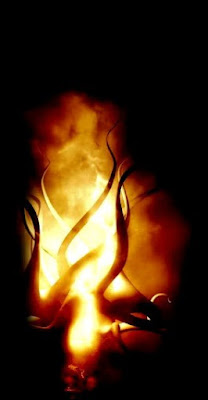 Even Iblis was a Wahhabi as was the Horns of Satan Ibn Abdul Wahhab Najdi he believed in ONLY ALLAH and wanted to show respect ONLY TO ALLAH (SWT)
Iblis was called KAFIR by ALLAH (SWT) because he refused to show respect to Allah's Messenger Prophet Adam (AS)
Allah (SWT) says: “And behold We said to the Angels, bow down to Adam (AS) and they all bowed down. Not so Iblis, he was disobedient. He was with those who rejected faith” (Surah Al-Baqarah, 34)
and again in
Surah Saad (71-85) When thy Lord said unto the Angels:
“Lo! I am about to create a mortal out of clay and when I have fashioned him and breathed into him My Spirit then fall down before him and prostrate.”
The Angels fell down and prostrated, everyone except Iblis; He was scornful and became one of the disbelievers (Kafir).
Lanut Ullahi Iblis
--- 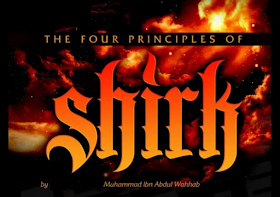 Abu Yala narrates a hadith in his Musnad with the chain going back to the companion of Prophet(s) , Sayyedina Huzaifa that the Prophet of Allah ( Rasul Allah Sallala hu alai hi wasallam) said,
" Verily, I fear about a man from you who will read the Quran so much that his face will become enlightenedand will come to personify Islam. This will continue until Allah wishes when these things will be taken away from him when he will disregard them by putting them all behind him and attack his neighbour with the sword accusing him of Shirk. The Prophet was asked'Which of the two was committing Shirk? The attacker or the attacked?' The prophet replied 'The attacker (the one accusing the other of Shirk)."
The classification of this Hadith is Jayyid ( Strong) 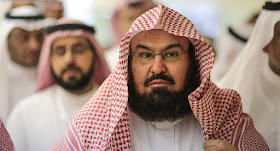 "There will rise a group of people in the Eastwho will recite the Holy Quran, but alas, theQuran will not go beyond their throat." 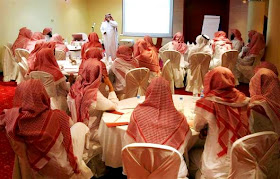 "This group will keep rising till the Day of Judgement and they will eventually rise with Dajjal. Their main symbol will be to sit in groups (Halqa)."
(Addarus Sunniah, PP. 50) 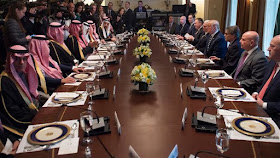 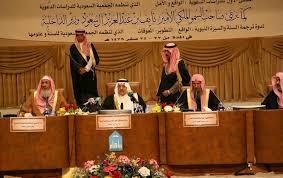 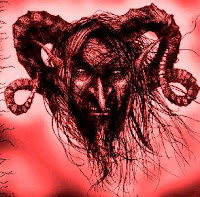 Ibn^ Abdul Wahab Najdi wrote:
“Those people, who ask for intercession from Prophets and Angels and make Du’a through their Waseela, to become closer to Allah, are commiting sins. Due to this crime it is permitted to kill them and to take their possessions.”
[“Kitab Kashf-u-Shubhaat”]
---
The brother of Mu-hammed bin Abdul Wahab al Najdi,
Shaykh Sulaiman bin Abdul Wahab(ra), said about his brother:
“The Horn of Shaytan which the Holy Prophetصلى الله عليه وسلم
referred to is YOU!” 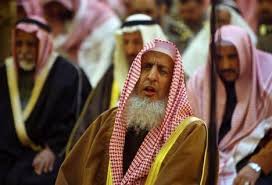 "These are the people who will recite the Quran but it will not go beyond their throats, with all these apparent virtues they will leave the fold of Deen just like the arrow leaves the bow."
(Miskhat Shareef, PP. 535) 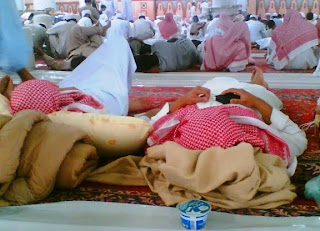 Sahih Bukhari, Book 84: Volume 9, Book 84, Number 67:
Narrated Abu Sa'id:
While the Prophet was distributing (something, 'Abdullah bin Dhil Khawaisira At-Tamimi came and said, "Be just, O Allah's Apostle!" The Prophet said, "Woe to you ! Who would be just if I were not?"
'Umar bin Al-Khattab said, "Allow me to cut off his neck ! " The Prophet said, " Leave him, for he has companions, and if you compare your prayers with their prayers and your fasting with theirs, you will look down upon your prayers and fasting, in comparison to theirs. Yet they will go out of the religion as an arrow darts through the game's body in which case, if the Qudhadh of the arrow is examined, nothing will be found on it, and when its Nasl is examined, nothing will be found on it; and then its Nadiyi is examined, nothing will be found on it. The arrow has been too fast to be smeared by dung and blood. The sign by which these people will be recognized will be a man whose one hand (or breast) will be like the breast of a woman (or like a moving piece of flesh). These people will appear when there will be differences among the people (Muslims)."

Abu Sa'id added: I testify that I heard this from the Prophet and also testify that 'Ali killed those people while I was with him. The man with the description given by the Prophet was brought to 'Ali. The following Verses were revealed in connection with that very person (i.e.,'Abdullah bin Dhil-Khawaisira At-Tarnimi): 'And among them are men who accuse you (O Muhammad) in the matter of (the distribution of) the alms.' (9.58)
Narrated Anas bin Malik: The Prophet said, "There will be no town which Ad-Dajjal will not enter except Mecca and Medina, and there will be no entrance (road) (of both Mecca and Medina) but the angels will be standing in rows guarding it against him, and then Medina will shake with its inhabitants thrice (i.e. three earth-quakes will take place) and Allah will expel all the nonbelievers and the hypocrites from it." [ Sahih Bukhari: Volume 3, Book 30, Number 105]
--
---
Cursed Dajjal 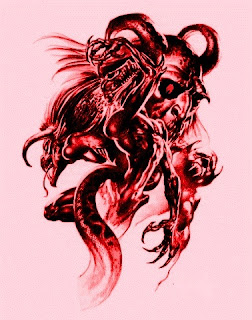 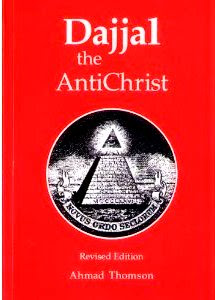 The Fitnah of The Dajjal
(Anti-Christ - Mashiach) 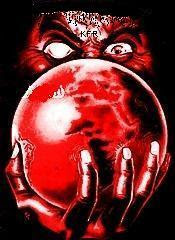 K F R
ر‎ ف‎ ك‎
Anas b. Malik reported that Allah's Messenger said:There is never a prophet who has not warned the Ummah of that one-eyed liar; behold he is one-eyed and your Lord is not one-eyed. On his forehead are the letters K. F. R.(Kafir).
[Muslim ibn al-Hajjaj Nishapuri Sahih Muslim Sahih Muslim, 41:7007]
---

DAJJAL
"...this will continue till the last group emergeswith the cursed Dajjal!" 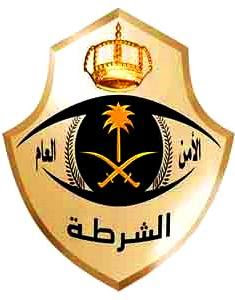 Imran ibn Hussain (RA) narrated from the Prophet Muhammad (PBUH) (peace & blessings be upon him),
‘Those who hear about Dajjal should stay away from him. By Allah! A person will approach him thinking himself to be a believer. But on seeing his amazing feat he will become his follower.’ (Abu Dawood)
Bukhari and Muslim on the authority of Hudhayfa ibn al-Yaman
Narrated Hudhaifa bin Al-Yaman:
The people used to ask Allah's Apostle about the good but I used to ask him about the evil lest I should be overtaken by them.
…I said, "O Allah s Apostle! Will you describe them to us?" He said, "They will be from our own people and will speak our language." I said, "What do you order me to do if such a state should take place in my life?" He said, "Stick to the group of Muslims and their Imam (ruler)." I said, "If there is neither a group of Muslims nor an Imam (ruler)?" He said, "Then turn away from all those sects even if you were to bite (eat) the roots of a tree till death overtakes you while you are in that state."
[Bukhari, Volume 9, Book 88, Number 206]
--
Khawarij/Wahhabiyyah Evil
--
باب ‏ ‏قتل ‏ ‏الخوارج ‏ ‏والملحدين ‏ ‏بعد إقامة الحجة عليهم ‏ ‏وقول الله تعالى ‏
وما كان الله ليضل قوما بعد إذ هداهم حتى يبين لهم ما يتقون ‏‏وكان ‏ ‏ابن عمر ‏ ‏يراهم شرار خلق الله ‏ ‏وقال إنهم انطلقوا إلى آيات نزلت في الكفار فجعلوها على المؤمنين
Translation: Allah T’ala said: And Allah will not mislead a people after He hath guided them, in order that He may make clear to them what to fear (and avoid)- for Allah hath knowledge of all things. (Al-Qur'an, 9:115)
Bukhari relates from ‘Abdullah ibn ‘Umar (Allah be well pleased with him) "Ibn `Umar considered the Khawarij and the heretics as the worst beings in creation, and he said: They went to verses which were revealed about the disbelievers and applied them to the Believers.[Sahih Bukhari, Chapter of Killing the Khawarjites and Mulhideen, Volume No. 6, Page No. 2539]
--
عكرمة يعني ابن عمار قال ثنا سوار بن شبيب الأعرجي قال كنت قاعدا عند ابن عمر فجاء رجل فقال يا ابن عمر إن أقواما يشهدون علينا بالكفر والشرك فقال ويلك أفلا قلت لا إله إلا الله قال فقال أهل البيت لا إله إلا الله حتى ارتج البيت
in  bearing witness against us and attributing to us kufr and shirk." Ibn `Umar replied: "Woe to you! Did you not say: 'La Ilaha IllAllah'?!" Whereupon the entire household began to say La Ilaha Ill Allah until the house was shaking.[Ibid]
--
'Amir b. Sa'd reported on the authority of his father that one day Allah's Messenger (s) came from a high, land. He passed by the mosque of Banu Mu'awiya, went in and observed two rak'ahs there and we also observed prayer along with him and he made a long supplication to his Lord. He then came to us and said:
I asked my Lord three things and He has granted me two but has withheld one. I begged my Lord that my Ummah should not be destroyed because of famine and He granted me this. And I begged my Lord that my Ummah should not be destroyed by drowning (by deluge) and He granted me this. And I begged my Lord that there should be no bloodshed among the people of my Ummah, but He did not grant it.
حَدَّثَنَا أَبُو بَكْرِ بْنُ أَبِي شَيْبَةَ، حَدَّثَنَا عَبْدُ اللَّهِ بْنُ نُمَيْرٍ، ح وَحَدَّثَنَا ابْنُ نُمَيْرٍ، - وَاللَّفْظُ لَهُ - حَدَّثَنَا أَبِي، حَدَّثَنَا عُثْمَانُ بْنُ حَكِيمٍ، أَخْبَرَنِي عَامِرُ بْنُ سَعْدٍ، عَنْ أَبِيهِ، أَنَّ رَسُولَ اللَّهِ صلى الله عليه وسلم أَقْبَلَ ذَاتَ يَوْمٍ مِنَ الْعَالِيَةِ حَتَّى إِذَا مَرَّ بِمَسْجِدِ بَنِي مُعَاوِيَةَ دَخَلَ فَرَكَعَ فِيهِ رَكْعَتَيْنِ وَصَلَّيْنَا مَعَهُ وَدَعَا رَبَّهُ طَوِيلاً ثُمَّ انْصَرَفَ إِلَيْنَا فَقَالَ صلى الله عليه وسلم ‏ "‏ سَأَلْتُ رَبِّي ثَلاَثًا فَأَعْطَانِي ثِنْتَيْنِ وَمَنَعَنِي وَاحِدَةً سَأَلْتُ رَبِّي أَنْ لاَ يُهْلِكَ أُمَّتِي بِالسَّنَةِ فَأَعْطَانِيهَا وَسَأَلْتُهُ أَنْ لاَ يُهْلِكَ أُمَّتِي بِالْغَرَقِ فَأَعْطَانِيهَا وَسَأَلْتُهُ أَنْ لاَ يَجْعَلَ بَأْسَهُمْ بَيْنَهُمْ فَمَنَعَنِيهَا ‏"‏ ‏.‏
Reference: Sahih Muslim 2890 a
In-book reference : Book 54, Hadith 26
USC-MSA web (English) reference  : Book: 41, Hadit: 6906
Sahih Muslim » The Book of Tribulations and Portents of the Last Hour
--
---
THE RETURN OF THE CALIPHATE
February 22, 2019
ইসলামী বিশ্বকোষ
Aqeedah, Batil firqa, English Articles