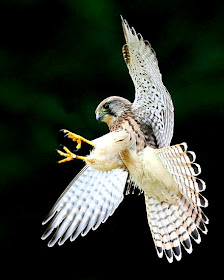 Daf' Shubah al-Tashbh is a critique, censure, and refutation of the historical anthropomorphic leanings of some of the Hanbali scholars and learned.
At the same time, it is a vindication of Imam Ahmad ibn Hanbal from the accusations of the anthropomorphism as well as the claim by some Hanbalis, that he adopted anthropomorphic beliefs, similar to theirs. Unmistakably, this work is a polemical commentary on the problematic Qur'anic verses and hadiths that fall under the mutashabih (allegorical and ambiguous) Qur'anic verses and prophetic traditions composed by the author, 'Abd al-Rahman ibn al-Jawzi (d. 597 AH), the author of the well-acclaimed book, Talbis Iblis (The Devils' Deception).
Translated by Ustadh Abdullah bin Hamid Ali
"The Attributes of God say as much about humankind as the Divine. How do mere mortals think of the Transcendent, Omniscient and Omnipotent Source of Compassion? The answer: with difficulty. What this book does more than any other is to demonstrate how consistently major Muslim scholars reflected on this issue, and how honestly they confronted one another with diverse outcomes...."
Bruce B. Lawrence, Professor of Islamic Studies, DukeUniversity
".. a scholarly translation of Ibn al-Jawzi's critical examination of sixty Islamic traditions that were at the center of an intense debate concerning the nature of God. Finely annotated by Shaykh Abdullah bin Hamid Ali, this work introduces the reader to the intricacies of twelfth-century Islamic theological reasoning--reasoning that provides a basis for the critical elaboration of Islamic theology even in our times. A valuable appendix highlights and elaborates on the figurative interpretation of the Quran by early Muslim scholars; thus providing the context in which theses medieval traditions can be understood today."
Gerhard Bowering, Professor of Islamic Studies, YaleUniversity
"An excellent translation exposing to the English reader a major work of Islamic intellectual history and discourse. Yet this work resonates beyond the historical limits of its origins, and takes its rightful place within the present discursive landscape...."
Amir Al-Islam, Distinguished Lecturer of African American History and World Civilization, Medgar Evers College,Brooklyn, New York
"A valuable contribution that will help bring about some clarity for the Muslim community" 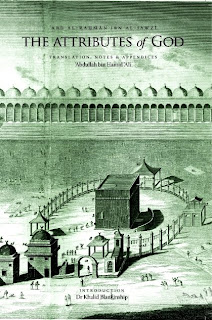 Ibn al-Jawzi
“I have observed that some of our companions have written about matters of creed in a way that is not proper.
There are three in particular: 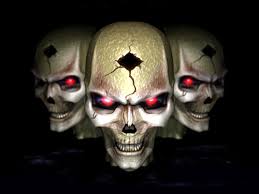 Abu ‘Abd Allah ibn Hamid, his disciple, Qadi Abu Ya’ la, and Ibn al-Zaghuni who composed books by which they have disgraced the madhab.
They held the attributes of God to be subject to human understanding and perception.
They heard that God, Glorified and Exalted be He, Created Adam on his image, upon him be blessings and peace. On that basis, They acknowledged for Him an image and a physical form, a face attribute to His essence, two eyes, a mouth, uvulas, molar teeth, and lights for His face which represent His majestic splendor, two hands, fingers, a palm, a little [pinky] finger, a thumb, a chest, a thigh, two shins, and two feet.
[They even went so far as saying]:
“We have not heard any mention of the head.”
They [then] said:
“It is possible for Him to touch and to be touched, and to bring the slave close to His being.”
One of them said: “[…] He breathes.”
Then they calm the common people by saying:
“[These attributes] are not taken as commonly understood.”
P,43 Ibn al-Jawzi continues:
“They adopted the literal meanings of the names and ascriptions and called them attributes-an invented designation, of which they have no evidence, neither from transmitted knowledge of the text, nor reason.” [Daf` Shubah al-Tashbih bi Akuff al-Tanzih]
Ibn al-Jawzi:
“You have made this madhhab such a shameful disgrace that when it is said, “Humbali,” it is understood that he is someone who likens GOD to His creation.
You have then made your way to be that of bigotry and intolerance, showing fanatical support for

Yazid ibn Muawiyyah, when you well know that the founder of the madhab permitted cursing him”.
(Ibn al Jawzi rejected and repudiated Yazid for his behavior)
And, Abu Muhammed Tamimi used to say about one of your imams that:
“[he] has disgraced the madhhab in a terrible way and it will not be cleansed until the day of resurrection.” 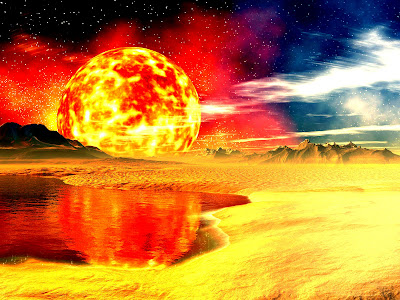 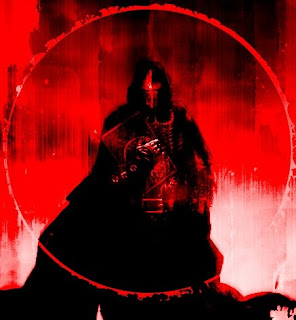 IBN TAYMIYYA
He is Abu al-Abbas Taqi al-Din Ahmad ibn Taymiyya.
He was one of the most controversial figures in the history of Islam due to his opinions regarding doctrine and his unwavering stance against innovation. He was accused of heresyby many scholars, and praised by others-both his friends and enemies alike- due to the profundity of his knowledge and the sharpness of his wit.
Ibn Taymiyya and Tajseem
The following is translated from 'Maqalat al-Kawthari' [The Articles of Kawthari] by Muhammad Zahid ibn al-Hasan al-Kawthari(Riyadh and Beirut: Dar al-ahnaf, 1414/1993) p. 350-353.
How much did the Hanbalis Ibn `Uqayl and Ibn al-Jawzi suffer at their hands (the anthropomorphists), and how much was the former falsely summoned to repent from being a Mu`tazila whereas they were both only declaring God's transcendance!
[Note: Ibn al-Jawzi's book against the so-called Hanbali anthropomorphists has received many editions and is widely available. The title is: 'Daf` shubah al-tashbih bi akuffi al-tanzih', "The Repelling With the Hands of Purification of the Sophistries of Anthroporphism", also known as 'al-Baz al-ashabb al-munqadd `ala mukhalifi al-madhhab al- hanbali', "The Flaming Falcon Swooping Down on the Dissenters of the Hanbali Madhhab"! Editions:Damascus, 1926; Cairo, 1977?; Beirut, 1987; Amman, 1991; and recently, a new edition by Imam Abu Zahra]
Then there was the story of Ibn al-Qudwa al-Karrami against Imam [Fakhr al-Din] Razi... Then there was the mischief (fitna) of Abd al-Ghani al-Maqdisi [al-Hanbali], it can be found in the Appendix (or towards the end) of Abu Shama's 'al-Rawdatayn' [a book on Salah al-Din's times].
Then there were the many mischiefs (fitan) of Ibn Taymiyya in Damascus which have become known far and wide. They are detailed in Taqi al-Din al-Hisni's (1351-1426 M) 'Daf`u shubahi man shabbaha wa tamarrad' [The Repelling of the Sophistries of the One Who Rebels and Likens God to Creation], which is in print [Cairo, 1350/1931, but recently reedited and published by Imam Abu Zahra together with Ibn al-Jawzi's work]...
Much of the historical evidence related to:
Ibn Taymiyya and his student (Ibn Qayyim al-Jawziyya) is recorded in:
'al-Sayf al-Saqeel fi al-radd `ala ibn Zafeel'
[The Burnished Sword in Responding to Ibn Zafeel, by Abu al-Hasan Taqi al-Din al-Subki] (Cairo: Matba`at al-Sa`adat, 1356/1938) and its gloss (hashiatuh), which is in print.
Ibn Taymiyya is the one who broadcast their (the mujassima's) deviant writings in Egypt andSyria at a time such writings were non-existentin these two countries. The simple-minded were completely fooled by his books due to the purported refutations of innovations they found in them, written with a fluent style. 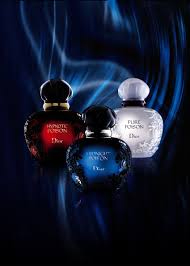 They did not perceive that his lines were laced
through and through with deadly poisons. 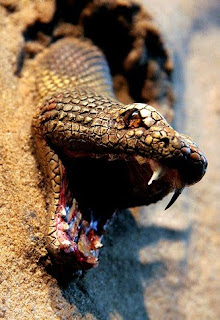 Ibn Taymiyya replicates part and parcel what is found in the book of
Uthman ibn Sa`eed al-Darimi [al-Radd `ala al-Jahmiyya], the book of Abd Allah ibn Ahmad ibn Hanbal [Kitab al-Sunna], and the book of Ibn Khuzayma [al-tawhid wa sifaat al-Rabb], therefore one answers him in the same way that one answers them.
It will not hurt to mention some of the texts from among his writings in the book which he named 'al-Ta'sis fi radd asas al-taqdis' [The Laying of the Foundation:
Refutation of "The Foundation of the Sanctification of God", a book by Fakhr al-Din al-Razi], and which is found inside volumes 24, 25, and 26 of 'al-Kawakib al-Darari' [The Brilliant Stars, probably comprising two books with this or similar titles, respectively by Ibn `Abd al-Hadi and Mar`i ibn Yusuf al-Karmi, extolling the praises of Ibn Taymiyya] in the Zahiriyya Library in Damascus, and in other of his books, in order that those who are passionately in love with Ibn Taymiyya be fully aware of who it is they love so much.

So then the Throne is,
for Ibn Taymiyya
the seat (maq`ad) of Allah the Exalted -- Exalted is He from such a thing!
In the same book he also says:
"It is well-known that the Book, the Sunna, and the Consensus (of scholars) nowhere say that all bodies are created (lam tantiq bi anna al-ajsama kullaha muhdathatun), nor that Allah Himself is not a body (wa annallaha laysa bi jismin). None of the imams of the Muslims ever said such a thing. Therefore if I also choose not to say it, it does not expel me from religion nor from shari`a."
Indeed the above is complete impudence. What did he do with all the verses declaring Allah to be far removed from having anything like unto Him?
Does he expect that the idiocy that every single idiot can come up with be addressed with a specific text?

Is it not enough that Allah the Exalted said:
"Nothing is like unto Him"
(42:11)
Or does he consider it permissible for someone to say:
Allah eats this, and chews that, and tastes the other thing, just because no text mentions the opposite?
Now this is disbelief laid bare
(al-kufr al-makshuf)
and pure anthropomorphism
(wa al-tajsim al sareeH).
In another passage of the same book he says:
"You (Ash`aris) say that
He is neither a body (laysa huwa bi jismin), nor an essence (wa la jawhar), nor confined (wa la mutaHayyiz), and that
He has no direction (wa la jihatan lahu), and that
He cannot be pointed to as an object of sensory perception (wa la yusharu ilayhi bi Hissin), and that nothing of Him can be considered distinct from Him (wa la yatamayyazu minhu shay'in min shay'), and you have asserted this on the grounds that Allah the Exalted is neither divisible (laysa bi munqasim) nor made of parts (wa la murakkab) and that He has neither limit (wa annahu la Hadda lahu) nor end (wa la ghayat), with your view thereby to forbid one to say that He has any extent/measure (Hadd) or dimension (qadr), or that He even has a dimension that is unlimited (aw yakuna lahu qadrun la yatanaha).
And how do you allow yourselves to say or do this without (evidence from) the Book and the Sunna?"
---
Tassawuf
Imam al Hafidh Ibn Jawzi (rah) indeed did notaccuse Tassawuf but rather certain wrong practices amongst Sufis, plus Ibn Jawzi (rah)'s magnificent book on Seerah i.e.
Al-Wafa is a Wahhabi backbone breaker from it's first chapter to it's last and also not to forget his strong opposition toTajseem/Anthropomorphism which is the fundamental belief of Wahhabiyyah cult(salafi/ahlehadith...etc).
Ibn Jawzi (rah) revived the Hanbali school and a scholar who safeguarded Hanbali school fromfalse allegations upon Imam Ahmed Bin Hanbal(rah) that he took the allegorical verses literally.
(by A.Ibrahim)
--
Imam Ibn Hajr al-Asqalani (ra) himself authored anabridgment of Imam Ibn Jawzi's Talbis Iblis from which heremoved all forgeries.
Ibn al-Jawzi also defended Sufis in other books, as Talbis Iblisis only one of hundreds of books he wrote.
So whatever you do not like in it, you can find him defending it in another book of his.
As for Talbis Iblis, to defend the status of that book as reliable shows basic ignorance since the Imam Ibn Hajr al-Asqalani himself authored an abridgment of that book from which he removed all forgeries. This is enough proof for even a child that Talbis Iblis is unreliable in the Religion.
--
Edited by ADHM 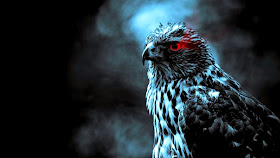 Imam Ibn Jawzi (ra) said: If you had said, "We but read the hadiths and remain silent," no one would have condemned you. What is shameful is that you interpret them literally.
Do not surreptitiously introduce into the madhhab of this righteous, early Muslim man [Ahmad ibn Hanbal] that which is not of it. You have clothed this madhhab inshameful disgrace, until it can hardly be said "Hanbali" any more without saying anthropomorphist.
(Daf shubah al-tashbih bi akaff al-tanzih. Cairo n.d. Reprint. Cairo: al-Maktaba al-Tawfiqiyya, 1396/1976, 2829).
--
February 22, 2019
ইসলামী বিশ্বকোষ
English Articles, Ohabism-Salafism