Lord of Najd - The Forbidden Kingdom

Lord of Najd - The Forbidden Kingdom 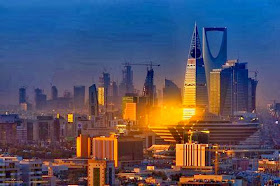 The Forbidden Kingdom
Volume 2, Book 17, Number 147
Narrated Ibn 'Umar:
"O Allah! Bless our Sham and our Yemen." People said, "Our Najd as well." The Prophet again said, "O Allah! Bless our Sham and Yemen."
They said again, "Our Najd as well."
On that the Prophet said,
"There will appear earthquakes and afflictions,
and from there will come out the side of the head of Satan."
---
Wahabi say: "we find that this Hadeith does not refer to the Najd (Riyadh) that is famously known in Saudi today, but rather it refers to Iraq". They say that:
'The Najd for those people living in Madina is in the direction of the East would be Iraq.' 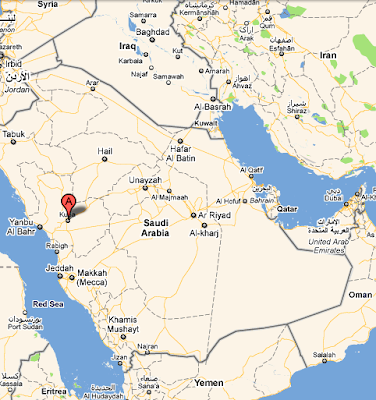 But look at the given map if we see the East from Madina then where Najd is?
To believe that Najd is not in Iraq but in fact in Saudi Arabia. Using their simplistic methodology of “only” Quran & Sunnah, this post will show how relying solely on hadith from Sahih Bukhari and Muslim, one has no choice but to accept that Najd is not in Iraq.
First of all, for those who are unaware of the subject matter , I would like to give you a little background as to why we should even bother debating this issue.
The following hadith is from Sahih Bukhari:
Narrated ‘Abdullah bin Dinar:
Ibn ‘Umar said, “The Prophet fixed Qarn as the Miqat (for assuming the Ihram) for the people of Najd, and Al-Juhfa for the people of Sham, and Dhul-Hulaifa for the people of Medina.”
Ibn ‘Umar added, “I heard this from the Prophet, and I have been informed that the Prophet said, ‘The Miqat for the Yemenites is Yalamlam.’ “When Iraq was mentioned, he said, “At that time it was not a Muslim country.”
[Sahih Bukhari Volume 9, Book 92, Number 443]
Abu Zubair heard Jabir b. ‘Abdullah (Allah be pleased with them) as saying as he was asked about (the place for entering upon the) state of Ihram:
I heard (and I think he carried it directly to the Apostle of Allah ) him saying:
For the people of Medina Dhu’l-Hulaifa is the place for entering upon the state of Ihram, and for (the people coming through the other way, i. e. Syria) it is Juhfa; for the people of Iraq it is Dbat al-’Irq; for the people of Najd it is Qarn (al-Manazil) and for the people of Yemen it is Yalamlam.
[Sahih Muslim: Book 007, Number 2666]
Therefore , there should be no doubt that in fact Najd and Iraq are two different places, and not one and the same, as the Wahhabiyyah Najdi pseudo-salafis would have you believe.
read more...Here
'This is the Centre of Kufr from where
the Horn of Shaitaan will Rise' 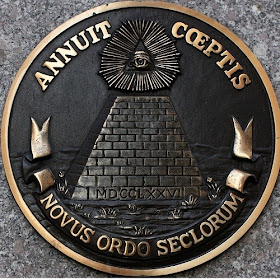 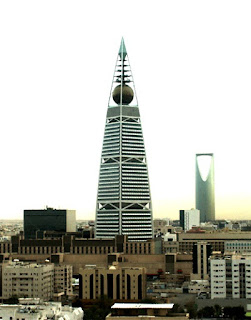 ---
From Aishah, The Holy Prophet(s) said: The Hajj Miqat (the place) for Madinah is in Dhul Hulaifah, Sham and Egypt in Juhfah, Iraq in Dhati Irq, and Najd in Qarn, and Yaman in Yalamlam.”
[Shahih Sunan Nasa’i no 2656]
Unarguable proof that the Prophet (s) distinguished between Najd and Iraq, so much so that he appointed two separate Miqat points for the inhabitants of each. For him, clearly, Najd did not include Iraq.
Madinah East = Najd/Riyadh 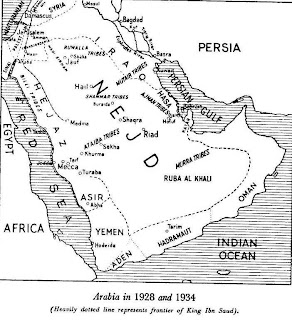 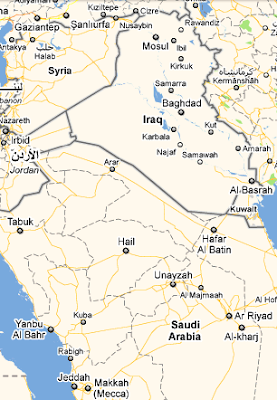 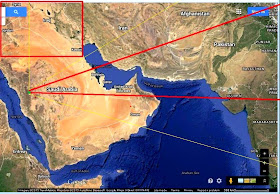 "No,It's in Iraq"
Wahhabi/Salafi claim that Najd means Iraq in the terminology of the hadith but this is incorrect.
Al-Nawawi said: "Najd is the area that lies between Jurâsh (in Yemen) all the way to the rural outskirts of Kûfâ (in Iraq), and its Western border is the Hijaz.
The author of al-Matali` said: Najd is all a province of al-Yamama."
Al-Fayruzabadi said: "Its geographical summit is Tihama and Yemen, its bottom is Iraq and Shâm, and it begins at Dhatu `Irqin from the side of the Hijaz."
Al-Khattabi said: "Najd lies Eastward, and to those who are in Madina, their Najd is the desert of Iraq and its vicinities, which all lie East of the people of Madina.
The original meaning of najd is `elevated land' as opposed to ghawr which means declivity. Thus, Tihama is all part of al-Ghawr, and Mecca is part of Tihama."
This is confirmed by Ibn al-Athir's definition: "Najd is any elevated terrain, and it is a specific name for what lies outside the Hijaz and adjacent to Iraq."
Similarly al-Dawudi said: "Najd lies in the vicinity of Iraq."
Iraq itself lexicaly means river-shore or sea-shore, in reference to the Euphrates and the Tigris.
In other words, Najd is the mountainous area East of the Hijaz, bordering it and Iraq at the same time and actually separating them.
This is confirmed by the verse of the poet `Awamm ibn al-Asbagh:
"Next to Batni Nakhlin there is a mountain called the Black One: One half of it is Hijazi, another half Najdi."
---
Further confirmation:
Merits of al-Sham al-Sharif
Forty Narrations on The Immense Merits of al-Shâm
Compiled and Translated by GF Haddad
Here
Even the briefest glimpse at a modern atlas will show that a straight line drawn to the east of al-Madina al-Munawwara does not pass anywhere near Iraq, but passes some distance to the south of Riyadh; that is to say, through the exact centre of Najd. The hadiths which speak of ‘the East’ in this context hence support the view that Najd is indicated, not Iraq. 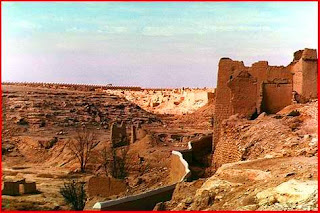 Also spelled Nejd, region, central Saudi Arabia, comprising a mainly rocky plateau sloping eastward from the mountains of the Hejaz. On the northern, eastern, and southern sides, it is bounded by the sand deserts of an-Nafud, ad-Dahna', and the Rub' al-Khali. It is sparsely settled, except for the fertile oases strung along the escarpment of Jabal (mountains) Tuwayq and the al-'Aramah plateau…http://www.britannica.com/eb/article-9054702/Najd

Amr ibn Abasa said: ‘Allah’s Messenger (PBUH) was one day reviewing the horses, in the company of Uyayna ibn Hisn ibn Badr al-Fazari. [...]
Uyayna remarked:
“The best of men are those who bear their swords on their shoulders, and carry their lances in the woven stocks of their horses, wearing cloaks, and are the people of theNajd.”
But Allah’s Messenger (PBUH) replied:
“You lie! Rather, the best of men are the men of the Yemen. Faith is a Yemeni, the Yemen of [the tribes of] Lakhm and Judham and Amila. [...] Hadramawt is better than the tribe of Harith; one tribe is better than another; another is worse [...] My Lord commanded me to curse Quraysh, and I cursed them, but he then commanded me to bless them twice, and I did so [...] Aslam and Ghifar, and their associates of Juhaina, are better than Asad and Tamim and Ghatafan and Hawazin, in the sight of Allah on the Day of Rising. [...] The most numerous tribe in the Garden shall be [the Yemeni tribes of] Madhhij and Ma’kul.’
(Ahmad ibn Hanbal and al-Tabarani, by sound narrators. Cited in Ali ibn Abu Bakr al-Haythami, Majma‘ al-zawa’id wa manba‘ al-fawa’id [Cairo, 1352], X, 43).
The Messenger says ‘You lie!’ to a man who praises Najd.Nowhere does he extol Najd - quite the contrary. But other hadiths in praise of other lands abound.

"Horn of Shaitaan will Rise" 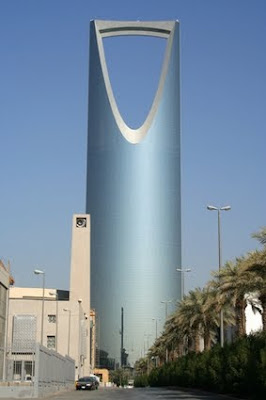 Najd (Riyadh) The capital and largest city of Saudi Arabia 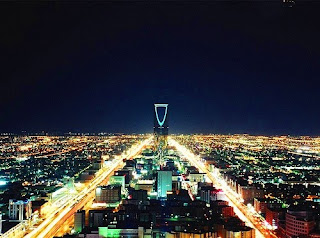 'This is the center of Kufr from where the horn of Shaitaan will rise'."
(Muslim Shareef Vol. ii, PP. 1394) 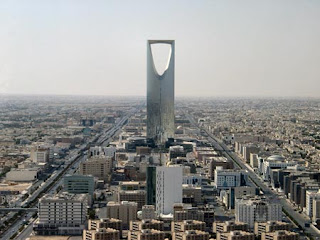 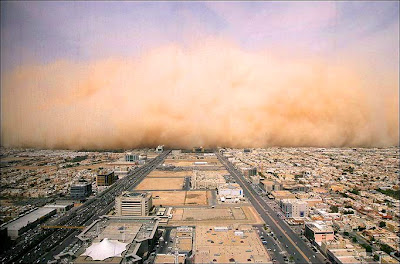 -->
Puncturing the Devil's Dream About the Hadiths of Najd and Tamim
Here
Sham ,Yeman and the Evilfrom Najad
Here
Note: look at the hypocrisy/dishonesty of Wahabi's they even didn't name any of province of modern Saudi Arabia as Najd out of 13 provinces, when they Firstly  captured the Najd, their 1st state was Najd, their King, first took the title as the King of Najd (Sultan of Najd) in Jan, 1927 (check 3rd source in finding of Najd).
---
Quote:
On January 10, 1926 Abdul-Aziz declared himself King of the Hejaz and, then, on January 27, 1927 he took the title King of Nejd (his previous title was Sultan). By the Treaty of Jeddah, signed on May 20, 1927, the United Kingdom recognized the independence of Abdul-Aziz's realm (then known as the Kingdom of Hejaz and Nejd).[8][13] 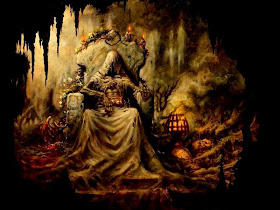 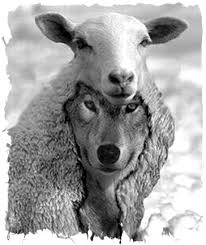 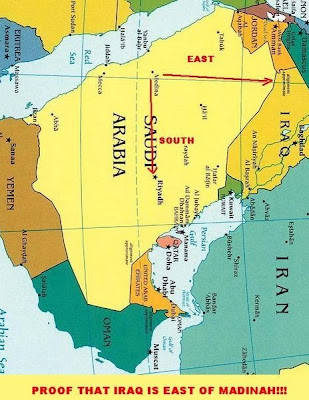 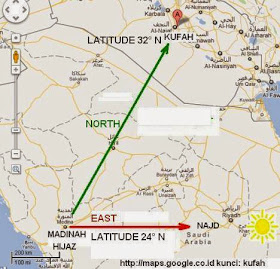 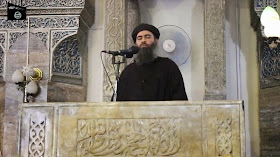 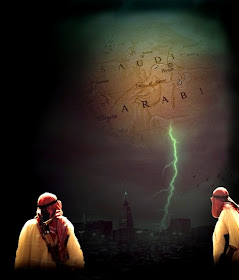 Where is Najd?
(Download-The Summarized and Shorter version in PDF: Here) 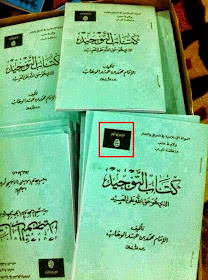