Home » Aqidah about Allah » English Articles » "The god you worship is whom?"

"The god you worship is whom?" 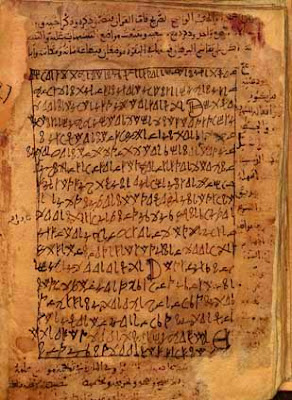 Ibn Arabi stated:
“It is not permissible for those that do not understand
our terminologies to study our books”
(Al-Fatāwā al-Hadīthiyya, pg 211, Al-Fikr)
---
Note
Complex books: 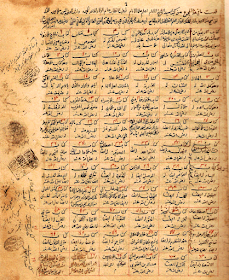 Those that discuss the concepts of Tasawwuf and other intricate issues. These books should not be studied alone. The tutelage and guidance of a competent Scholar should be sought.
---

Sheikh Alt Arabi of Spain had no children.

At the instance of a Majzoob, he approachedHazrat Ghos ul Azam (RA) for his blessingsand prayers for a son.
Hazrat said I have one more son yet unborn in my destiny. I give it to you. Rub your back against mine and name him when born Mohammad Mohiyuddin (The Reviver of Religion). He would rise up to be a Qutub of his time.
The child was eventually born and was named accordingly. He became a great philosopher and attained high spiritual advancement. He gained the title of Sheikh al Akbar and is commonly known as Ibn-al-Arabi. 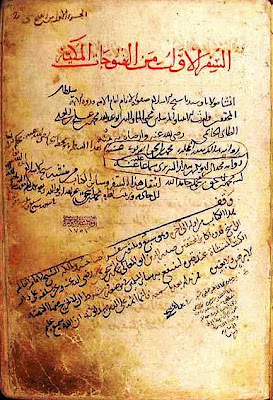 His Doctrine (‘Aqîda)
His greatest and best-known work is his last, al-Futuhat al-Makkiyya (“The Meccan Conquests”) which begins with a statement of doctrine – translated in the present volume – about which
al-Safadi said:
“I saw that from beginning to end it consists in the doctrine of Abu al-Hasan al-Ash‘ari without any difference whatso­ever.” [In al-Suyuti, Tanbih al-Ghabi (p. 71).]
--- 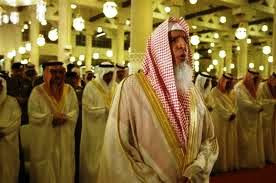 “One day in Damascus he saw an imam-a lover of money, not of Allah-leading a whole congregation of people who also had the love of money in their hearts.
He called to them from the door, saying,
"I am treading upon the god you worship; he is under my feet!"
The congregation left their prayer to curse him and beat him. 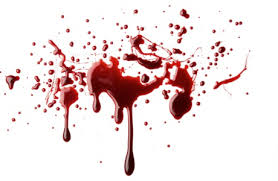 Some say he died from the wounds he received on this occasion.?

…The scholars eventually had their revenge.
His grave later became the site of a garbage dump. So it remained until the Ottoman Sultan, Selim I, the Resolute, took the city of Damascus.
Sultan Selim believed that Ibn `Arabi had predicted his conquest of the Near East and Egypt in an essay called "Shajarat al nu `maniyyahfi dawlat al-uth maniyyah," which described the Ottoman state long before it existed.
In that essay it was also written, "Idha dakhalas¬sinufish-shin, yash'aru qabra Muhyiddin" 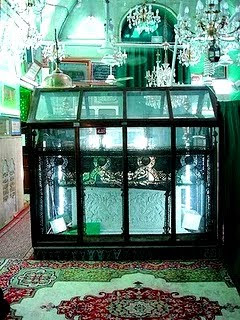 ("When the letter `S' enters the letter `Sh,' Muhyiddin's tomb will be discovered.")
The learned men in the Ottoman court interpreted the letter "S" as standing for Selim and the letter "Sh" as the city of Sham, or Damascus. They informed the Sultan that he would discover the saint's tomb when he conquered Damascus.
Indeed, when Selim entered Damascus, the first thing he did was to search. He found the lost grave covered with garbage.
The great warrior wept and ordered a tomb and mosque built on the site. 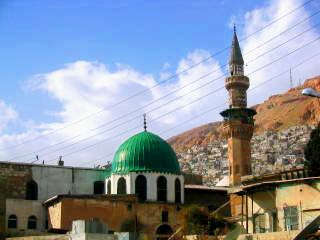 Then he commissioned Shaikh Makki, one of the greatest theologians of the time, to write a book on Ibn `Arabi's life and works.Shaikh Makki wrote al-Janib al-gharbifi mushkilat Ibn al `Arabi, attempting to clarify some of the misunder¬standings about Ibn `Arabi's thoughts in a language even narrow-mindedpeople would understand. Other scholars of the time were encouraged by the sultan to write forty commentaries on the Fusus al-Hikam.
Sultan Selim also visited the mosque where the was buried in the quarter of attack that may have caused the saint's death had occurred. He found the spot where the Shaikh had said,
"The god you worship is under my feet!"
and had it excavated.
A treasure of gold coins was discovered. 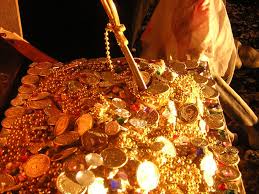 May Allah have mercy on the soul of Muhyiddin Ibn `Arabi, and may He be pleased with him and bestow peace upon his soul.
May the Creator of All, Master of the universes seen and unseen, known and unknown, Allah-free of all fault, heedlessness, defect and deficiency, pure and most holy, knower and container of all things, the Lord who preserves us from all disasters and calamities-bestow His blessings and grace upon our Master Muhammad, upon his family and companions."
Excerpt from: 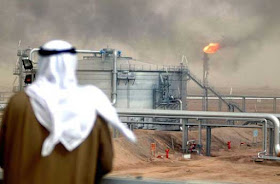 "The god you worship is under my feet!"

Shaykh Muhyi al-Din Ibn ‘Arabi (d. 638AH)
Ibn Arabi was not hanged
He died with Imam Al Ghazzali's Ihya Uloom ad Din in his lap.
He was in Damascus at the time.
By all accounts, he lived what he wrote in this respect, and his legacy bears eloquent testimony to it.
He died in his home in Damascus, a copy of Ghazali’s “Ihya’ ‘ulum al-din” on his lap, in 638/1240.”
November 10, 1240 CE

---
Did Al-Subki write against Ibn 'Arabi?
Imam Al-Subki did write against Ibn 'Arabi in al-Ibtihaj fi Sharh al-Minhaj but he took them back according to Shaykh al-Islam Sirajal-Din al-Makhzumi the student of Siraj al-Din al-Bulqini, who said that al-Subki regrettedwriting them and struck them out of the master manuscript of his book that was with him.
Al-Makhzumi remarked that al-Subki authoredbooks against the anthropomorphists, theRafidis, and Ibn Taymiyya but he never authored a book against Ibn `Arabi although the latter's works were being read and studied widely in Damascus in his time, and he used to say:
"Refuting the Sufis is not my way for their level is too high."
See: al-Fayruzabadi, Epistle to al-Malik al-Nasir (ms. Damascus, folio 45); al-Sakhawi, al-Qawl al-Munabbī `an Tarjamat Ibn `Arabi (folio 4b); Muhammad Rajab Hilmi, al-Burhan al-Azhar fi Manaqib al-Shaykh al-Akbar (p. 34).
---
Imam As-Suyuti said: “What is transmitted and attributed to the [Sufi] Shaykhs – may Allah be pleased with them – if it contradicts external knowledge, bears various possibilities,
A) First we do not concede its attribution to them until it is established as authentic.
B) Second, once authenticity is established, it is pausible that it is has a figurative meaning. If it doesn’t, then one says ‘perhaps it has a figurative meaning for the people of INTERNAL knowledge and the Knowers (’aarifeen) of Allah Almighty.
C) Third, this may have come to them in a state of spiritual intoxication and distraction, and the lawfully spiritual intoxicant is not taken to task for he is not held responsible in such a state.Holding a negative view about them after all these points is a sign of deprivation of success. We seek Allah ’s refuge.”
--
Ibn Hajr Al-Haytami wrote in is Fatawaa Hadithiyya the following:
“The truth is that Ibn ‘Arabi and his group are the elite of this Ummah. Al-Yaafi’i, Ibn ‘Ataa’illah Al-Iskandari, and others have declared that they considered Ibn ‘Arabi a Wali of Allah. They noted that the language which Sufis use is appropriate among the experts in its usage and that the ‘aarif (knowere of Allah, when he becomes completely absorbed in the oceans of Unity, might make some statements that are liable to be misconstrued as Hulul (indwelling) and union (ittihaad), while iin reality there is neither indwelling nor union.”
--
Imaam Al-Munaawi said:
“A group of scholars professed suspension (waqf – i.e. they chose to stop at his affair) and benefit of good opinion (At-Taslim)…their Imam being Shaykhul-Islam An-Nawawiwho replied, when asked about Ibn ‘Arabi, “Those are a people who have passes away. Theirs is that which they earned, and yours is that which you earn. And you will not be asked of what they used to do.” [2:134] The Knower, [Imam Ahmad] Az-Zarruq reported from his Shaykh An-Nuri the words, “They differed about him from the verdict of absolute disbelief (al-kufr) to that of spiritual primacy (Qutbaaniyyah), and giving the benefit of good opinion is therefore an obligation (At-Taslim Waajib).”(Shadharat Adh-Dhahab of Ibn ‘Imaad Al-Hanbali)
---
Ibn `Ata' Allah al-Iskandari  (d. 709 A.H)
The Debate with Ibn Taymiyya
Ibn 'Ata' Allah alayhir Rahman was one of those who confronted IBN TAYMIYYA for his excesses in attacking those of the Sufis with whom he disagreed. Here
What he said to Ibn Taymiyya regarding SHAYKH IBN AL ‘ARABI;
"Ibn 'Arabi was one of the greatest of the jurists who followed the school of Dawud al-Zahiri after Ibn Hazm al-Andalusi, who is close to your methodology in Islamic law, O Hanbalis! But although Ibn 'Arabi was a Zahiri (i.e. a literalist in matters of Islamic law), the method he applied to understand ultimate reality (al-haqiqa) was to search out the hidden, spiritual meaning (tariq al-batin), that is, to purify the inward self (tathir al-batin).
What he said to Ibn Taymiyya regarding tawassul;
Is there any true believer who believes that there is someone who can reward him for his good deeds and punish him for his bad ones other than Allah? Besides this, we must consider that there are expressions which should not be taken just in their literal sense. This is not because of fear of associating a partner with Allah and in order to block the means to idolatry. For whoever seeks help from the Prophet only seeks his power of intercession with Allah as when you yourself say: "This food satisfies my appetite." Does the food itself satisfy your appetite? Or is it the case that it is Allah who satisfies your appetite through the food?
As for your statement that Allah has forbidden Muslims to call upon anyone other than Himself in seeking help, have you actually seen any Muslim calling on someone other than Allah? The verse you cite from the Qur'an was revealed concerning the idolaters and those who used to call on their false gods and ignore Allah. Whereas, the only way Muslims seek the help of the Prophet is in the sense of tawassul or seeking a means, by virtue of the privilege he has received from Allah (bi haqqihi 'inda Allah), andtashaffu' or seeking intercession, by virtue of the power of intercession which Allah has bestowed on him.
As for your pronouncement that istighatha or seeking help is forbidden in the Shari'abecause it can lead to idolatry, if this is the case, then we ought also to prohibit grapes because they are means to making wine, and to castrate unmarried men because not to do so leaves in the world a means to commit fornication and adultery."
Text of the Debate:Here
---
Shaykh Muhyi al-Din Ibn 'Arabi
(d. 638 AH)
by Sh. G. F. Haddad
http://www.livingislam.org/n/iarabi_e.html 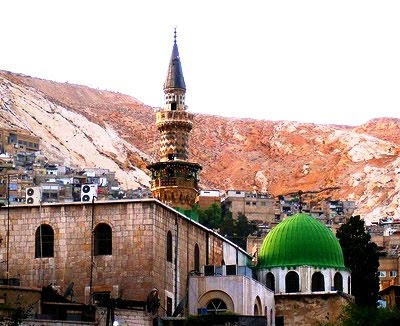 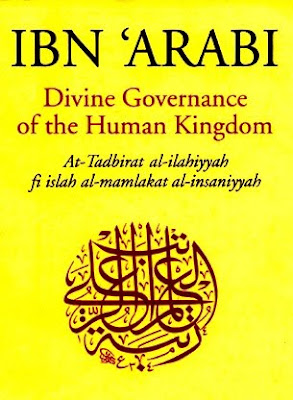