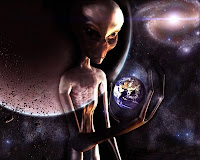 “We are atharis”
The problem with saying: “hand unlike our hands” is that it gives the impression that it is a limb, just an unfamiliar one:

Those who make tafwiid for the meaning of “yad”, do it because the meaning (other than limb-which is not befitting) is not well known, so to specify a meaning that is befitting involves some amount of uncertainty.
This is not allowed when one is ascribing something to Allaah, and that is why most scholars did not assign a particular meaning to the word “yad” when referring to Allaah... (please refer to below Q&A)
Aļļaah is not something you can imagine, not Him and not His attributes, because your imagination is based on what you are familiar with, namely things that have a beginning, things that last moments of time despite their possible non-existence.
Based on this, the scholars taught people the rule that:
“whatever you can imagine in your mind, Aļļaah does not resemble it.”
Ibn ˆAbbaas said:
“Ponder about everything, but do not ponder about the Self of Aļļaah.”
(Fatĥu-l-Baariy 13/383 )
He said this because such dwelling leads one to draw analogies between the Creator and the created, which is blasphemy. It contradicts the belief in Aļļaah’s Oneness, as it involves the heretical belief that Aļļaah has an equal in some aspect.
It also contradicts the Quranic:
“Absolutely nothing resembles Him.”
---
Wahabi/Salafi said:
"Firstly,
(1) "There is nothing like Him, and He is the All-Hearer, the All-Seer." (V.42:11)
(2) "There is none coequal or comparable to Him." (V.112:4)
[054:014] Floating under Our Eyes, a reward for him who had been rejected! 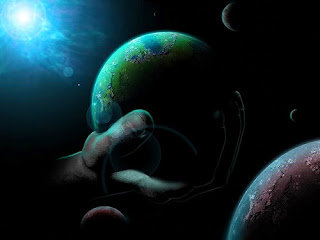 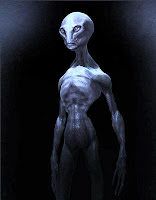 Wahhabi/Salafi said:
"Allaah azzawajal affirms these attributes,
and affirms that there is nothing else like Him,
and you dare deny them? subhaanAllah.
This is the end of or dialog. "
[End of Quote] 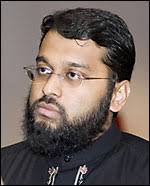 Refuting Yaser Qadi’s opposition to proving Allaah’s existence.
^This article is very important in understanding the fundamental difference between
Islam
and
"space-monster worship."

Never does Allah describe himself as having hands that is through translating the Arabic into “Hand” but yad has many meanings.
Allah says he has yad, no problem we affirm it but negate any meaning that will make Allah human like.
As the verse quoted above, "there is nothing like him."
The problem arises when individuals say things like Allah...
“has 2 eyes, 2 hands and limbs”… etc…etc!

Na'ouzubillah.
This is likening Allah to his creation!!!
Attributes such as (hands, shin…etc) taken on its literal meaning?
Imam al-Bayhaqi, in his Manaqib Ahmad relates with an authentic chain that:
Imam Ahmad [RH] said: “A person commits an act of disbelief (kufr) if he says Allah is a body, even if he says: Allah is a body but not like other bodies.”
Imam al Samarqandi (Rahimuhullah) said: in his Tafsir Bahr al Uloom (ت 375 هـ) said: And It is said {I created with My Two Hands} This means with dual strengths i.e. Strength of Knowledge and Strength of Power [Tafsir al Samarqandi 3/169]
Quote: Salafi “The meaning of Yad is known. It is HAND and nothing else. ...We affirm for Allah what He affirms for Himself, without distortion or re-interpretation.”
Quran states: (Remember) the Day when the Shin shall be laid bare (i.e. the Day of Resurrection) and they shall be called to prostrate (to Allâh), but they (hypocrites) shall not be able to do so [Muhsin/Hilali 68:42]
Now the Salafies/Wahabies should make no interpretation and believe Allah to have a single Shin because Quran only mentions the singular form.
From Quran itself, the hand of Allah is proven to have metaphorical meaning:

Quran states: Verily, those who give Bai'â (pledge) to you (O Muhammad SAW) they are giving Bai'â (pledge) to Allâh. The Hand of Allâh is over their hands...[Muhsin/Hilali 48:1]
So whose hand was on top of hands of Sahaba??
Do you believe that Muhammad (salallaho alaihi wasalam) is Naudhobillah god because his hand was on top of sahaba? NO!
This verse clearly proves that Allah's hand being on top means Allah's approval and support.
Even the ayah in which Allah mentions creation of Adam by his two hands has been interpretated by Islaaf Imam al Samarqandi (Rahimuhullah) said in his Tafsir Bahr al Uloom (ت 375 هـ) said:
And It is said {I created with My Two Hands} This means with dual strengths i.e. Strength of Knowledge and Strength of Power [Tafsir al Samarqandi 3/169]
Quote Salafi: “ Besides, when Allah refuted the Jews for accusing Him of being stingy, He did not refute the Jews for saying that HIS HAND is tied up, but He refuted them for saying that His Hand IS TIED UP. See the difference?”
This is as stupid as it can get, for example
Quran states:
And it will be said: "This Day We will forget you as you forgot the Meeting of this Day of yours. And your abode is the Fire, and there is none to help you." (Muhsin Khan/Hilali 45:34)
Quote Salafi: “If Allah is so caring for the readers of His Quran, and if Yad in itself is anthropomorphism, why couldn't Allah refute the Jews for doing Ithbaat of Yad for Him?” Audhobillah min Dhalik, you are now saying things like "IF ALLAH IS SO CARING"
Indeed Allah is very caring this is why he has talked in terms which the human beings would easily understand inspite of the fact that Quran itself attests of having"ALLEGORICAL" verses (refer to Surah al-Imran Verse 7)...
If they disagree then do they also believe that Allah also forgets as proven in the above ayah?

Quran states: The Day that the SHIN SHALL BE LAID BARE, and they shall be summoned to bow in adoration, but they shall not be able [68:42]
Keeping in our minds that all of these are to be taken on their dhahir (WITHOUT EXCEPTION) as they say so let’s learn from Tafsir at-Tabri and prove them as Liars because the religious scholars of Quran (i.e. Mufasireen) rejected literal interpretation at many occasions on Mutashabihaat
Imam At-Tabri (Rahimuhullah) writes right in the first lines of his Tafsir under this ayah يقول تعالى ذكره { يَوْمَ يُكْشَفُ عَنْ ساقٍ } قال جماعة من الصحابة والتابعين من أهل التأويل: يبدو عن أمر شديد
{The day that the shin shall be laid bare} A group of the interpreters/exegetes (أهل التأويل) from Companions (من الصحابة) and the Tabiyeen (والتابعين) held that it [Shin shall be laid bare] means that a serious matter (أمر شديد) shall be disclosed [Tafsir At Tabri Under 68:42]
Imam At Tabri (Rahimuhullah) does not only stop here, but proves this from overwhelming ahadith Narrated from Muhammad bin Ubayd Al-Muharibi who heard from Ibn Al Mubarak from Usama bin Zayd from Akrama from Ibn Abbas (RA) who said: {The day that the shin shall be laid bare}means "a day of war and intensity (حرب وشدّة)
From Ibn Abbas (RA) who Said {The day that the shin shall be laid bare} (means) a Great Matter (أمر عظيم)
Note: Ibn Abbas (RA) without any doubt holds the highest rank in Tafsir of Quran in Sahaba, therefore metaphorical interpretation is proven from leading Mufasireen of Sahaba and Salaf!
Salafi/Wahabi said: “The belief in Allah having a yad (hand) that is different than that of creation, a hand that we could not imagine because of not seeing something similar to it, for Allah is not like anything, is not impossible.
Yes, it puzzles the mind, it is uncomprehendable because it is something that we have not seen anything like, but it is not impossible, only puzzling and bewildering.”
What you said here is not a problem except your translating the word “yad” as “hand.” Although the utterance “yad” can be translated as “hand” in some contexts, this is not always true. This translation then involves some level of interpretation, and since you do not know what it means, you should not do that. You should rather leave the utterance as is, and just say:
“yad.”
---

Note that he says now “literal”.

"2. we, as salafis, need to stop using the term "literal" because the deficiency in the english language actually does injustice to what you and I mean when we understand "ala dhaahira" and I had a long discussion with a modernist about this."

Literal means the commonly understood meaning of elevation, which is a physical elevation, being positioned in a place higher than another. If that is not what he means he needs to clarify what he means.
Wahabi said: as every Imaam on earth opined to and made takifr of those who denied it
If he means that the imams made takfiir for those who deny that Allaah is something that is physically positioned, then the opposite is the truth:

The Sunni belief in this matter, is as Aţ-Ţaĥaawiyy stated {in brackets}:
{This is a detailed remembrance of the belief of the People of the Sunnah and following {the Jamaaˆah}.
Later he stated, as part of this remembrance,{Aļļaah is above} the status of {having limits, extremes, corners, limbs or instruments.}
{The six directions} up, down, front, back, left and right {do not contain Him} because that would make Him {like all created things}.
He also agreed that believing that anything else is an insult to Islam, for he said in the same remembrance:
{Whoever attributed to Aļļaah an attribute that has a meaning among the meanings that apply to humans has committed blasphemy.}
Note that he said this after having already pointed out that the six directions apply to all created things, which includes humans. In other words, the Sunni belief is that attributing a limit to Aļļaah makes one a non-Muslim.
---
Q&A: hand versus hearing and tafweed

Al-Aqeedah Al-Tahawiyyah; {Whoever attributed to Aļļaah an attribute that has a meaning among the meanings that apply to humans has committed blasphemy.}
Question 1. Now Allah is Al-Sam’ but the meaning is All-Hearing that He Hears unlike our Hearing right? But we still use the same word ‘Hearing’ unlike our hearing so why not ‘Hand’ just only the word but unlike our hands ? Both meanings apply to humans ? Why don’t we do tafweed of all Allah’s Attributes ?
Answer: The problem with saying “hand unlike our hands” is that it gives the impression that it is a limb, just an unfamiliar one. The word hearing, on the other hand, does not have such a problem. Those who make tafwiid for the meaning of “yad”, do it because the meaning (other than limb-which is not befitting) is not well known, so to specify a meaning that is befitting involves some amount of uncertainty. This is not allowed when one is ascribing something to Allaah, and that is why most scholars did not assign a particular meaning to the word“yad” when referring to Allaah. Some did, however, as they felt sure enough about their interpretation.
Question 2: Why is saying Allah has Hand unlike the creation tashbeeh and why isn’t not when saying Allah Hears unlike the creation ? Salafi’s then say the way you apply that Allah’s attributes are unlike the creation then apply this rule to all attributes like Hand etc.
Answer: It is not necessarily tashbiih to say, “Allah has a Hand unlike the creation.” It is only tashbiih if the one who says that means that it is a limb. This is a translation of the equivalent Arabic expression, which is used by Ahlu-s-Sunnah, and that is why I wouldn’t consider it tashbiih.
The mistake is to translate “yad” as “hand” and then say“unlike the creation.” What he should have said was “yad unlike the creation.” The reason is that when one translates “yad” then one has already engaged in ta’wiil,because the range of plausible meanings for “yad”in Arabic is different from those of “hand” in English.
It is haraam to say “Allah has a Hand unlike the creation,” because in English the word “hand” in such a context is understood usually as “limb.”

This translation is therefore misleading, and thereforesinful. In fact, it sounds almost as if it is saying “a limb unlike the creation,” which would definitely be tashbiihand kufr.
February 22, 2019
ইসলামী বিশ্বকোষ
Aqidah about Allah, English Articles