Home » English Articles » Noor of Prophet (ﷺ) » Who among you is like me? 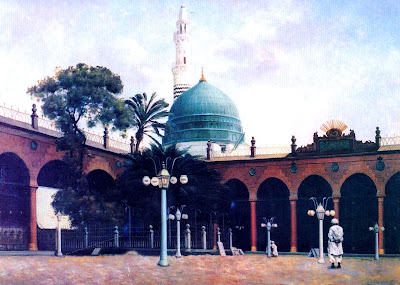 Narrated Anas (RA):
The Holy Prophet  صلى الله عليه و آله وسلم fasted Al-Wisal on the last days of the month.
Some people (Sahaba) did the same, and when the news reached the
Prophet صلى الله عليه و آله وسلمhe said,
"If the month had been prolonged for me, then I would have fasted Wisal for such a long time that the most exaggerating ones among you would have given up their exaggeration.
[Volume 9, Book 90, Number 347]

"Who among you is like me?
When I sleep (at night), my Lord makes me eat and drink. But when the people refused to give up Al-Wisal, he fasted Al-Wisal along with them for two days and then they saw the crescent whereupon the Prophet(s) said, "If the crescent had not appeared I would have fasted for a longer period," as if he intended to punish them herewith.

The Nobel Quran:
"And the chiefs of those people who disbelieved andbelied the presence of the Hereafter and whom We gave comfort in the life of the world, said, 'he is not but a man like you, he eats of that what you eat and drinks of at what you drink." [23:33]

As for the Holy Prophet (Allah bless him and give him peace) being a bashar or 'human being', there is no doubt of this, because it is Qur'an and 'aqida.

Yet the Qur'an does not simply state that he is a human being, but rather says,

This is one ayaah from the Quran and the differentia of revelation(wahi) would have been enough for its sincere understanding, nevertheless, topical exegesis(tafseer mauzoey) means to read all the ayaat of the Quran and sahih hadith about a single concept and then make a judgement.
Wahhabiyyah/pseudo Salafis/Ahlehadees & Deobandis, actually, most of them give this Ayah to prove that theHoly Prophet (s)  is only a Bashr and NOT Noor:

Also Ask them!  Which part of this Ayah indicates that our Prophet (Sallallahu Alaihe-e-Wa-Sallam) is notNoor?

And then the Prophet(s) is saying: "I am notlike you; my Lord always makes me eat and drink." ?

Oh Wahhabiyyah does it make sense to you that the Prophet(s) is (like you)  ("Say! I am a human being like you,") ? and then saying to theSahaba(RA) that you are not like me?

Imam Razi (d.606AH) in tafseer kabir says "Allah(SWT) commanded the Prophet(S) to set an example for modesty and humility (tawazo) that is the purpose of the ayaah".

Secondly, the reason for this is that 'your god is One God' this ayah came to SAVE Tauheed and not to demean Prophethood because look, Quran says that jews calledUzair (AS) son of God (9:30), why because He performed miracles, which they could not comprehend.
Imagine the untold miracles Rasool Allah(SWT) performed so there was a danger that these people would call him God so Allah(SWT) revealed the ayaah with Your God is One at the end of it.

Thirdly, first person to focus upon Prophets beingbashar was the Shaytan himself, more details in the Quran. Remember, we are looking at all ayaat on'Missal'(likeness) and 'Bashar'(Man like us).

Allah(SWT) in these ayaat is not praising namrood, firaunand abu jahal but rather condemning their aqeedah.

"There is a hadith in which Rasulu'llah (may Allah bless him and grant him peace) stated:'I was a Prophet even when Adam (peace be upon him) was between clay and water [i.e. in the process of being created]

Qasida al-Burda [Ode of the Prophetic Mantle] by al-Busayri:

Muhammad is a human being, but not like humankind;
He is a ruby, while people are as stones.

“I was present the night the Prophet Muhammad (Sallallahu Alaihe-e-Wa-Sallam) was born. At the very moment of birth I saw a great light appear. During the night, I beheld six signs.

The first was that the instant the holy child was born. He bent down his head and performed a prostration.
The second, that he lifted up his blessed head and spoke clearly and distinctly these words: La ilaha illAllah inni RasulAllah (None worthy of worship except Allah, I am the Messenger of Allah).
The third, that a great light was manifested.
The fourth that when I wished to wash the child, I heard a voice speaking to me that said, ‘Oh Safiya, do not trouble yourself, we have already washed and cleansed him.’
The fifth sign was that he was born already circumcised, and his umbilical cord was cut.
The sixth sign was when I looked for something with which to swaddle the child, I noticed upon his back a certain mark. Looking at it closely, I was able to read the words:
‘La ilaha illAllah Muhammad RasulAllah’ (None worthy of worship except Allah, Muhammad is the Messenger of Allah).”
Safiyah also said, “When he prostrated himself, he spoke some words in secret. I bent my ear to his blessed lips to hear what he was saying, and I heard him say: ‘Ummatiy, ummatiy (my people, my people).‘”
Hadrat Allama Abdur Rahman Jaami (radi Allahu anhu) narrates that Sayyida Safiya the Aunty of the Holy Prophet Muhammad (sallal laahu alaihi wasallam)states "On the eve of the birth of the Holy Prophet Muhammad (sallal laahu alaihi wasallam) I was present at his home. I had seen that His Noor became more powerful than the light from the lamp."[Shawaahidun Nubuiwat (Persian) pg 22]. 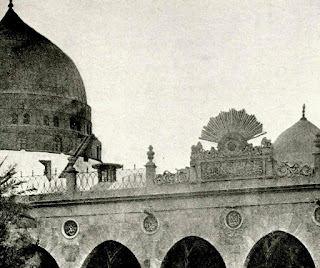 After the demise of the Holy Prophet
صلى الله عليه و آله وسلم
Hadrat Safia (radi Allahu anha) said the following stanza due the sorrow and thought of the demise of The Holy Prophet (sallal laahu alaihi wasallam) from which one may conclude that she also accepted him as Noor. "I am weeping on the demise of the Holy Prophet Muhammad (sallal laahu alaihi wasallam) who was really Noor."(Tabqaate ibn Sa'ad pg 329 vol 2).
Hazrat Ali Murtuza (R.A) said that when the Beloved of Allah (s.a.w) spoke, Noor used to be seen emerging from between his blessed teeth.
- (Muwahibul Laduniya; Anwaarul Muhammadiyah)

Hazrat Abu Hurairah (R.A) states that when the Beloved Prophet (s.a.w) smiled, the walls use to glow with his Noor. (Muwahibul Laduniya; Shifa Shareef)
Hazrat Anas (R.A) states that the day in which the Rasulallah (s.a.w) arrived in Madinatul Munawwarah, everything in Madinatul Munawwarah became bright through his Noor.
(Tirmizi Shareef; Ibn Majah)
Ummul Mumineen, Hazrat Aisha (R.A) is recorded to have said: "In total dark nights,I used to put the thread into a needle with the help of the Noor of Rasulallah (s.a.w)."
(Shara Shifa Bar Hashia Naseemur Riaz)
Hazrat Imam-e-Azam Abu Hanifa (R.A) praises Rasulallah (s.a.w) in the following poem: "You are such Noor that the full Moon is brightened by your Noor, and you are with your beauty and elegance a shining sun."  (Qasidatul Nu'maan)
In Fath Al Bari it is narrated that Prophet Muhammad e spoke when he first was born.
Ibn Sab' mentioned that Prophet Muhammad’s e cradle was rocked by the angels.
Ibn Abbas t said that al-Shayma'a t, the Prophet's foster sister, witnessed that as a boy a cloud shaded the Prophet e. It stopped when he stopped, and moved when he moved. He grew up like no other boy.
“Muhammad صلى الله عليه و آله وسلم was born without an umbilical (navel) cord,circumcised and his body miraculously pure and clean without any kind of blood ordirt on it.” Also see: (Ibn Hisham, Sirat al Nabi - Ibn Sa’d, Kitab ul-Tabaqat ul-Kabir) 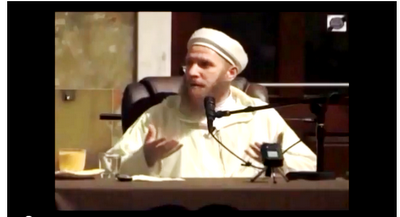