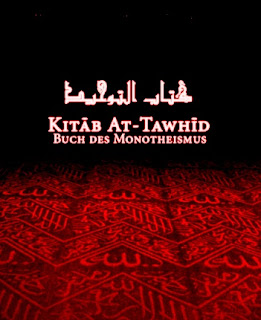 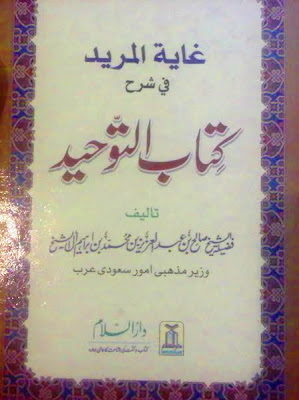 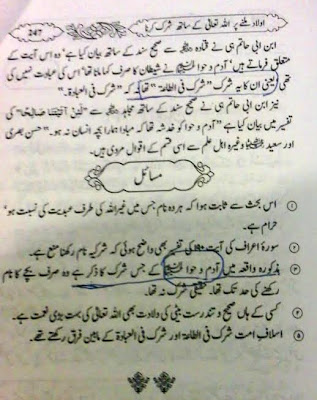 The Najdi attributing Shirk to Adam and Hawwa(Alayhum salam) by hypocrtically authenticating the reports ... Audhobillah Min Dhalik
Attributed Shirk towards Adam (AS) in order to prove his perverted tawhid.
He said:
رواه ابن أبي حاتم.
وله بسند صحيح عن قتادة قال: شركاء في طاعته، ولم يكن في عبادته
Ibn Abi Hatim reports with a "SAHIH CHAIN" from Qatadah that he said:
They (Adam and eve) did "Shirk" in obedience (to Allah), but not in worship
[Ibn Abdul Wahab al-Najdi in Kitab ut Tawheed, Page No. 57-58]
Look how cleverly the Najdi calls the baseless report having "SAHIH" chain!
In English translation of Kitab at-Tawhid it says in Footnote:
The above quoted Hadith is said to be "WEAK".
Hafiz Ibn Kathir (rah) and Al-Albani ranked it weak"DA'IF" (Publisher) [Page No. 157]
Now Ibn Abdul Wahab Najdi had himself becomeMushrik for attributing Shirk towards Adam (a.s)
as Ibn Kathir and Albani has proven it by declaring the report as " DA'IF "!
Admirers of Najdi are ignoring the Clear shirk whichIbn Abdul Wahab Najdi himself did, so I would like to reveal another Jahalat of this pseudo reviver from his so called acclaimed book:
"Kitab at-Tawhid"
He made a whole chapter title as:
باب: التسمي بقاضي القضاة ونحوه
Translation: To be named as "Qadhi ul Qudhaat”
(Judge of Judges)
And then he used the hadith of ": رجل تسمى ملك الأملاك، لا مالك إلا الله" i.e. Prophet (Peace be upon him) forbade the name "Malik al-Amlak (King of the Kings) because there is no King but Allah "
[Kitab at-Tawhid, Page No. 54]
This is again height of ignorance shown by this pseudo self-assumed reviver of deen. By Including Qadhi ul Qudhaat into category of Shirk he has declared overwhelming Muhaditheen as "Mushrikeen"
For the time being I will show 1 proof.
Imam al-Hakim (rah) right in mentioning the chain of narrators said:
أخبرني قاضي القضاة أبو الحسن محمد بن صالح
Translation: Narrated by "QADHI UL QUDHAAT (Judge of Judges)" Abul Hasan Muhammd bin Salih... [Mustadrak al Hakim (3/580)]
So this Najdi Ibn Abdul Wahab was not only ignorant in sciences of Quran and Hadith but even simple Arabic.
He attributies lie to Prophet by forging hadith
As they are afraid to reply so I will add third blunder made by Ibn Abdul Wahab Najdi in same book Kitab at-Tawhid ...this is now total operation of that pseudo Mawhid.
Analysis # 3: On Page no.52 of Kitab at-Tawhid towards the end, Ibn Abdul Wahab Najdi quotes:
Ahmed reports that Tariq bin Shihab narrated that Allah's Messenger (Peace be upon him) said: ....(till the end of hadith, please note that even in matn of hadith he added: How was that possible “O MESSENGER OF ALLAH”)
Then he gave reference as "(Ahmed)" on next page...Ibn Abdul Wahab Najdi attributed lies to Prophet as this hadith is not narrated by Prophet (Peace be upon him), secondly he hypocritically changed the matn (content) of hadith itself to somehow put Prophet inside, third and he also gave wrong reference as this hadith does not exist in Musnad Ahmed as well, so Najdi cooked up 2 lies!
(a) Attributing hadith to Prophet (Peace be upon him) and also forging the matn of hadith to somehow strengthen personal viewpoint.
(b) Referencing it to Ahmed although it is not present in Musnad Ahmed.
Now according to Sahih hadith a person who attributes a lie to Prophet (Peace be upon him) will occupy his seat in hell fire.
---
Narrated Abu Huraira:
The Prophet said, "Adam and Moses argued with each other. Moses said to Adam. 'O Adam! You are our father who disappointed us and turned us out of Paradise.' Then Adam said to him, 'O Moses! Allah favored you with His talk (talked to you directly) and He wrote (the Torah) for you with His Own Hand. Do you blame me for action which Allah had written in my fate forty years before my creation?' So Adam confuted Moses, Adam confuted Moses," the Prophet added, repeating the Statement three times.
[Sahih Bukhari,Volume 8, Book 77, Number 611]
--- 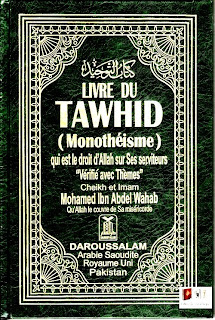 Mu-hammed ibn Abdul-wahhab Najdi
Attributed Shirk to Adam and Hawwaa
He said:
Kitaab At-Tawheed, Chapter: 48
Quote:
[(Allah , says: " It is He Who created you from a single being and made from it its mate, in order that he might dwell with her. When he united with her [in intercourse], she bore [i.e. becomes pregnant with] a light burden and she continued to carry it. When she grew heavy, they both prayed to Allah, their Lord: "If You give us a righteous child, good in every respect, we vow we shall be of the grateful ones." But when He gave them a righteous child, they ascribed to others a share in that which He had given them: But Allah is Exalted High above the partners they ascribe to Him" (Qur'an 7:189-190 )
Allah , Most Glorified, Most High, informs us in these verses that He created mankind from a single human being, Adam (as ) and that He created from him a wife, Hawwa`, in order that they might live together in peace and harmony and that He created in them the desire for sexual intercourse and made it permissible to them, in order that they might enjoy complete stability and repose and that their progeny might continue to multiply. And when she became pregnant, they both called upon Allah , asking Him to give them a healthy, strong, righteous child and swearing that if He did so, they would be eternally be grateful to Him.
But when Allah answered their supplications and gave them that which they had requested, they named him `Abdul Harith, thus ascribing others as partners with Allah ; and Allah is far above that which they attributed to Him. )]
وجاء في الكتاب الأصلي :
قول الله تعالى: ( فلما آتاهما صالحاً جعلا له شركاء فيما آتاهما ) (114) الآية.
قال ابن حزم: اتفقوا على تحريم كل اسم معبَّد لغير الله؛ كعبد عمر، وعبد الكعبة، وما أشبه ذلك، حاشا عبد المطلب.
وعن ابن عباس رضي الله عنه في الآية قال: لما تغشـاها آدم حمـلت، فأتاهما إبليس فقال: إني صاحبكما الذي أخرجتكما من الجنة لتطيعاني أو لأجعلن له قرني أيل، فيخرج من بطنك فيشقه، ولأفعلن ولأفعلن ـ يخوفهما ـ سِّمياه عبد الحارث، فأبيا أن يطيعاه، فخرج ميتاً، ثم حملت، فأتاهما، فقال مثل قوله، فأبيا أن يطيعاه، فخرج ميتاً، ثم حملت، فأتاهما، فذكر لهما فأدركهما حب الولد، فسمياه عبد الحارث فذلك قوله تعالى: ( جعلا له شركاء فيما آتاهما ) (115) رواه ابن أبي حاتم.
وله بسند صحيح عن قتادة قال: شركاء في طاعته، ولم يكن في عبادته. وله بسند صحيح عن مجاهد في قوله: ( لئن آتيتنا صالحاً ) (116) قال: أشفقا ألا يكون إنساناً، وذكر معناه عن الحسن وسعيد وغيرهما.
^This story is untrue, for example:
- Ibn Katheer said in his tafseer (Arabic version 2/287) :
( These effects received from the people of the Book -Jews and Christians-)
هذه الآثار متلقاة عن أهل الكتاب
- Ibn Hazm said (Al-fisal) :
( the story that is attributed to Adam which said that he when Allah answered his supplications and gave him that which he had requested and he named his son "Abdul Harith", this story is a fabricated Myth.
and this story don't have any correct origin , but it descended from heaven about Mushriks ) وهذا الذي نسبوه إلى آدم من أنه سمى ابنه عبد الحارث خرافة موضوعة مكذوبة… ولم يصح سندها قط، وإنما نزلت الآية في المشركين على ظاهرها
- Al Qurtubi said (سورة الأعراف -آية190) :
(this story Do not count it who has a heartلا يعوِّل عليها من كان له قلب)
--------------- 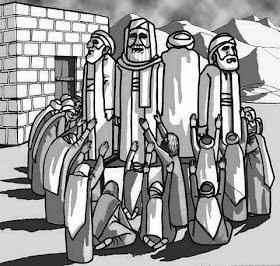 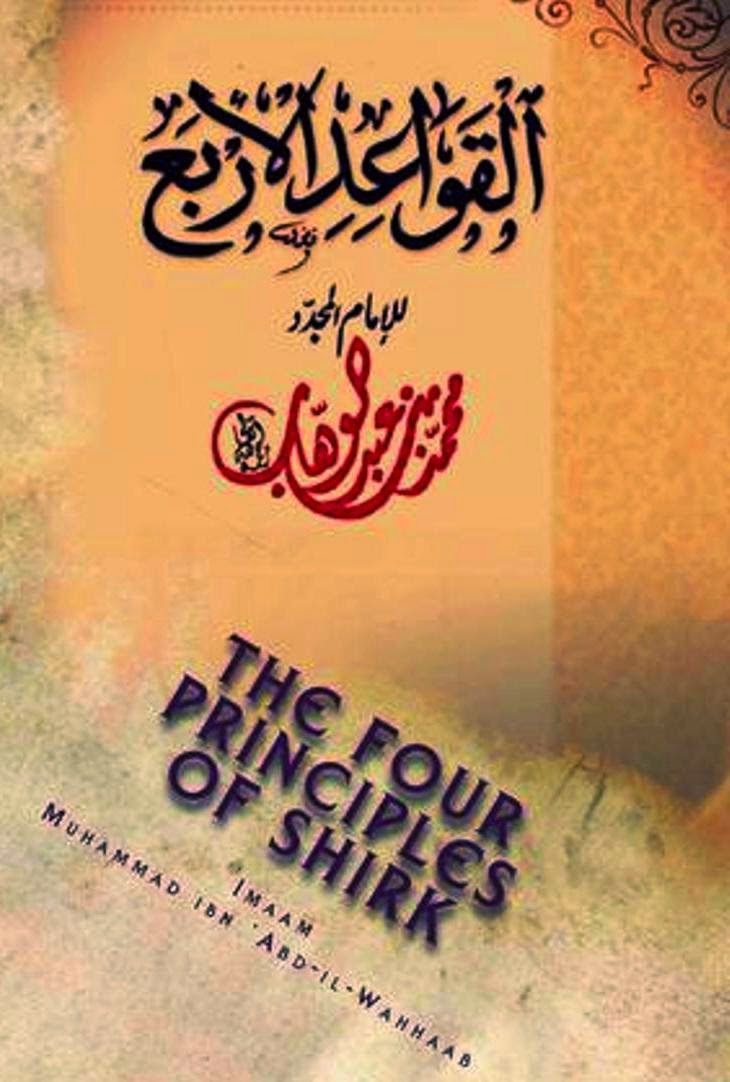 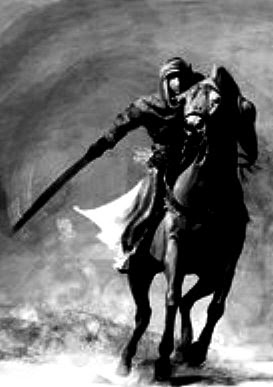 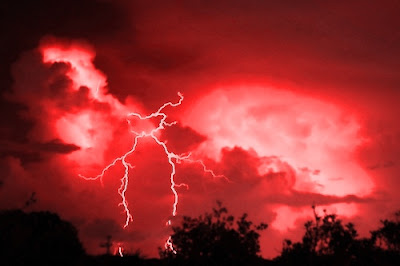 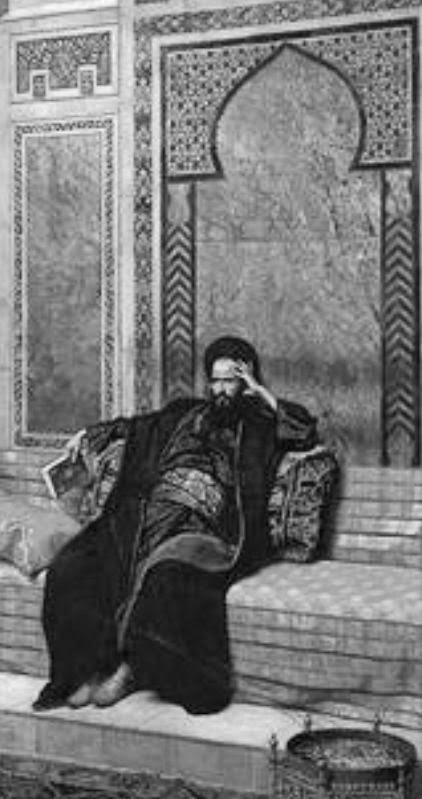 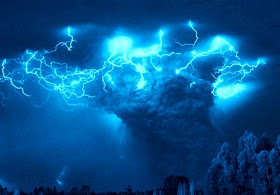 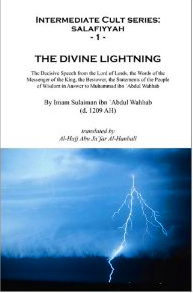 By
Imam Sulaiman Ibn ‘Abdul Wahhab
Translated by
Al-Hajj Abu Ja’far Al-Hanbali
(Spire Publishing, 2011)
“...For the first time in English, the reader has a full historical and theological explanation of Salafi yyah. The author, Imam Sulaiman ibn `Abdul Wahhab, was the first to write about and ultimately fall victim to the movement. Anyone seeking answers - Muslim or not - needs to understand that this tribulation did not begin on a Tuesday in 2001, but in the mind of a false prophet more than 200 years ago.”
------ 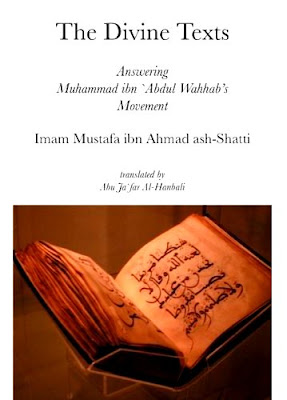 by Imam Mustafa ibn Ahmad ash-Shatti (Author),
Abu Ja`far al-Hanbali (Translator)
The Salafi Call has been preached in earnest to Orthodox Muslims for more than 200 years. But what is this call?
And what does it mean?
Who is Mu-hammed ibn `Abdul Wahhab and should Muslims be concerned for themselves or their children?
The author, Imam Mustafa ash-Shatti, answers these questions and gives well rounded answers.
And with more than 300 footnotes, the common Muslim will accurately be able to assess Salafiyyah’s goals and what side he or she should be on.
---
Lum'at ul-I'tiqaad

The Creed of the Ahl us-Sunnah wal-Jamaa'ah - Volume 1
Author: Imaam Muwaffaq ud-Deen
The Author of this text is Imaam Muwaffaq ud-Deen Ibn Qudaamah al-Maqdasi, d.620 AH profound scholar of the traditional Hanbali madh-hab, Direct student of Shaykh 'Abdul Qaadir al-Jilaani (ra), and Defender of Jerusalem under the leadership of Saladin al-Ayyubi.
The Holy Prophet [saw] said: "Adhere to my Sunnah and the Sunnah of the rightly guided Khalifahs that come after me. Bite upon it with your molar teeth [nawaakhidh] and beware of newly invented matters, for certainly every newly invented matter is an innovation and every innovation is a misguidance"
Ibn Qudaamah highlights the creed of the Ahl us-Sunnah as refutes the innovations of those who have gone astray.
This book "Lum'at ul-I'tiqaad" i.e. the Luminance of Creed, serves as a guiding light to the correct path, the path of the Ahl us-Sunnah wal-Jamaa'ah.
This book has dedicated chapters regarding Allah's Mutashaabihah Attrubutes and the approach of the Ahl us-Sunnah wal-Jamaa'ah regarding them, The Qur'an being the Eternal uncreated Speech of Allah, The Believers vision of Allah on Yawm ul-Qiyaamah, Imaan and what it consists of, the rights of the Prophet sal Allahu alayhi wasallam, and the excellence of the Sahaabah radyAllah anhum.
This book also holds Imaam Ahmad Bin Hanbal's treatise on creed Usul us-Sunnah which is along the very same lines of Lum'at ul-I'tiqaad.
As a extra bonus chapters there are four appendices:
1. Who are the Ahl us-Sunnah wal-Jamaa'ah?
2. Regarding the Ash'aris and Maturidis
3. The Understanding Bid'ah According to Traditional Islam
4. Following a Madh-hab
This book is a valuable contribution deserving to be read by every Muslim [and non-Muslim] sincerely interested in traditional Muslim creed.
---
The Crown
Qarn al Shaytaan
Also
" The Devil's Trumpet "
---
(Edited by ADHM)
February 22, 2019
ইসলামী বিশ্বকোষ
Aqeedah, Batil firqa, English Articles