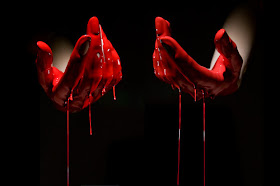 Wahhabi history
Translated, for the most part, from
Ayyub Sabri Pasha's Turkish work
Mir'at al-Haramain:
5 volumes, Matba'a-i Bahriyye, Istanbul,
1301-1306 A.H.
(1883-1888CE)
36 - During the time when the Ottoman reign was dominant in the Arabian Peninsula, each state was governed by an official selected from the state. Later on, every region except the Hijaz came into the possession of whomever could usurp it and was governed assheikhdoms.
The tenets of Wahhabism disseminated by Muhammad ibn 'Abd al-Wahhab changed into a political form in a short time in 1150 A.H. (1737) and spread all over Arabia.
Later, by the order of the Caliph in Istanbul, Muhammad 'Ali Pasha, the Governor of Egypt, liberated Arabia from them with the armed forces of Egypt.
'Abd al-'Aziz ibn Muhammad, who believed in theWahhabis, declared war for the first time in 1205 A.H. (1791) against the amir of Mecca, Sharif Ghalib Effendi.They had disseminated Wahhabism secretly till then. They had killed and tortured many Muslims, enslaved their women and children and usurped their possessions.
Muhammad ibn 'Abd al-Wahhab belonged to the Bani Tamim tribe. He was born in Uyayna village near the town of Huraimila in the Najd Desert in 1111 A.H. (1699)and died in 1206 (1792).
Formerly, with the idea of trading, he went to Basra,Baghdad, Iran, India and Damascus, where he won the name "Shaikh an-Najdi" due to his clever and aggressive attitude. He saw and learnt a great deal at these places and set his heart on the idea of becoming a chief.
In 1125 (1713 A.D.), he met Hempher, a British spy, in Basra, who understood that this unexperienced young person (ibn 'Abd al-Wahhab) has a desire to be a chief by way of revolution, established a long-term friendship with him. He inspired him the trics and lies that he had learned from the British Ministry of the Commonwealth. Seeing that Muhammad enjoys these inspirations, he proposed him to establish a new religion. So, the spy and Muhammad ibn 'Abd al-Wahhab got what they were looking for. He had thought it proper to found a new Tariqa or reach his goal, and, in preparation for this goal, attended the lectures of the Hanbali 'ulama' in the blessed city of Medina and later in Damascus for some time. When he went back to the Najd, he wrote pamphlets on religious subjects for villagers. He wrote what he learned from the British spy and mixed corrupt information from the Mutazila and other groups of bidat. Many ignorant villagers, particularly the inhabitants of Dar'iyya and their ignorant chief, Muhammad ibn Sa'ud, followed him. The Arabs esteemed ancestral distinctions very highly, and because he did not belong to a well-known family, he used Muhammad ibn Sa'ud as a tool to disseminate his Tariqa, which he named Wahhabism. He introduced himself as the Qadi (Head of the Religious Affairs) and Muhammad ibn Sa'ud as the Hakim (Ruler). He had it passed in their constitution that both would be succeeded only by their children.
In 1306 (1888) when the book Mirat al-Haramain was written, the amir of the Najd was 'Abdullah ibn Faysal, a descendant of Muhammad ibn Sa'ud, and the Qadi was a descendant of Muhammad ibn 'abd al-Wahhab.
Muhammad ibn 'Abd al-Wahhab's father, 'Abd al-Wahhab, who was a pious, pure alim in Medina, his brother Sulaiman ibn 'Abd al-Wahhab and his teachers had apprehended from his statements, behavior and ideas, which he frequently had put forward as questions to them when he was a student in Medina, that he would become a heretic who would harm Islam from the inside in the future.
They advised him to correct his ideas and advised the Muslims to avoid him. But they soon encountered the very thing they were afraid of, and he started disseminating his heretical ideas openly under the name of Wahhabism.
To deceive ignorant and stupid people, he came forward with reforms and innovations incompatible with the books of the 'ulama' of Islam. He dared to be so impetuous as to deem the true Muslims of Ahl as-Sunnat wal-Jamaat as disbelievers. He regarded it as polytheism to ask Allahu ta'ala for something through the mediation of our Prophet (sall-Allahu 'alaihi wa sallam) or other prophets or awliya', or to visit their graves.
According to what Muhammad ibn 'Abd al-Wahhablearned from the British spy, he who talks to the dead while praying near a grave becomes a polytheist. He asserted that Muslims who said that someone or something beside Allah did something, for example, saying "such-and-such medicine cured" or "I obtained what I asked through our master Rasulullah" or "such-and-such wali" were polytheists.
Although the documents Ibn 'Abd al-Wahhab made up to support such statements were nothing but lies and slanders, the ignorant people who could not distinguish right from wrong, the unemployed, raiders, ignoramuses, opportunists and the hard-hearted soon assented to his ideas and took their part on his side and regarded the pious Muslims of the right path as disbelievers.
When Ibn 'Abd al-Wahhab applied to the rulers of Dar'iyya with the view of disseminating his heresies easily through them, they willingly cooperated with him with the hope of extending their territories and increasing their power. They strove with all their might do disseminate his ideas everywhere. They declared war against those who refused and opposed them. The bestial people and pillagers of the desert competed with one another in joining the army of Muhammad ibn Sa'ud when it was said that it was halal to plunder and kill Muslims.

In 1143 (1730), Muhammad ibn Sa'ud and Muhammad ibn 'Abd al-Wahhab hand in hand arrived at the conclusion that those who would not accept Wahhabism were disbelievers and polytheists, and that it was halal to kill them and confiscate their possessions, and publicly announced their declaration seven years later.
Then, Ibn 'Abd al-Wahhab started fabricating ijtihad when he was thirty-two years old and announced his false ijtihads at the age of forty.
As-Sayyid Ahmad ibn Zaini Dahlan (rahmat-Allahi 'alaihi), Mufti of the blessed city of Mecca, described under the topic "Al-fitnat al-Wahhabiyya" the tenets of Wahhabism and the tortures the Wahhabis inflicted upon Muslims? [Al-futuhat al-Islamiyya, second volume, page 228, Cairo, 1387 (1968); photo-offset reproduction of a comparable part, Istanbul, 1395 (1975).]
He wrote: "To deceive the 'ulama' of Ahl as-Sunnat inMecca and Medina, they sent their men to these cities, but these men could not answer the questions of the Muslim 'ulama'. It became evident that they were ignorant heretics. A verdict declaring them disbelievers was written and distributed everywhere. Sharif Masud ibn Said, Amir of Mecca, ordered that the Wahhabis should be imprisoned. Some Wahhabis fled to Dar'iyya and recounted what had happened to them." [Al-futuhat al-Islamiyya, second volume, page 234, Cairo, 1387 (1968); photo-offset reproduction of a comparable part, Istanbul, 1395 (1975).]
The 'ulama' of the Hijaz belonging to all the four madhhabs, including Muhammad ibn 'Abd al-Wahhab's brother Sulaiman and also his teachers who had trained him, studied Muhammad's books, prepared answers to his disunionist writings, which were destructive to Islam, and wrote, to call to the attention of Muslims, well-documented books in refutation to his heretical writings. [See above article 5, for the passage translated from Sulaiman ibn Abd al-Wahhab's work As-Sawa'iq al-ilahiyya fi'r-raddi ala'l-wahhabiyya; first published in 1306; second edition (reproduced by photo-offset) in Istanbul in 1395 (1975).]
These books did not help much but rather increased the Wahhabis' resentment against Muslims and excited Muhammad ibn Sa'ud to attack Muslims and augment the bloodshed.
He belonged to the Bani Hanifa tribe, so was a descendant of a stupid race that believed in the prophethood of Musailamat al-Kadhdhab.
Muhammad ibn Sa'ud died in 1178 (1765), and his son 'Abd al-'Aziz succeeded him.
'Abd al-'Aziz was assassinated, stabbed in the abdomen by a Shiite, in the Dar'iyya Mosque in 1217 (1830).
Then, his son Sa'ud ibn 'Abd al-'Aziz became the chief of the Wahhabis. 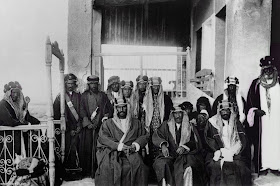